Arnold Adoff gathered and published several anthologies of important African American poetry for young people beginning with I am the Darker Brother: An Anthology of Modern Poems by Negro Americans in 1968. He also published his own original poetry with its unique and distinctive voice and use of conventions, garnering the National Council of Teachers of English Award for Excellence in Poetry for Children for his body of work twenty years later, in 1988. His most recent work, Roots and Blues: A Celebration (2010) won another prize—the Lion and Unicorn Award for Excellence in North American Poetry.

Contemporary Connections
Other recent works of poetry that celebrate African American heritage include: 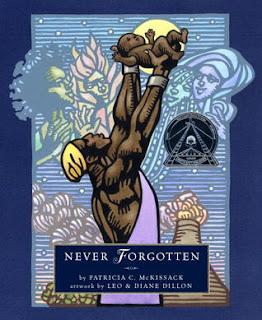 Image credits: zenosbooks.com;goodreads.com
Posted by Sylvia Vardell at 12:30 AM

Such a powerful list here - several titles I still need to get my hands on sometime. Thanks for the history and connections today, Sylvia!

You're welcome, Robyn. Thanks for commenting -- and for stopping by regularly. I appreciate your support!

This is a great list. Lots of works here I didn't know about. Thanks.

I love all your posts this month including this one. Thanks for highlighting! I met Arnold Adoff at NCTE '11 and had a chance to thank him for all he's done and continues to do for African-American Poetry. Felt good.