THE MORTIMER MINUTE: A Guest Post by Janet Wong 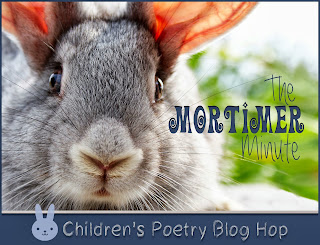 Mortimer: Is there a children's poem that you wish you had written?
JW: “Puff” by Amy Ludwig Vanderwater.

Mortimer: What do you have in your refrigerator? 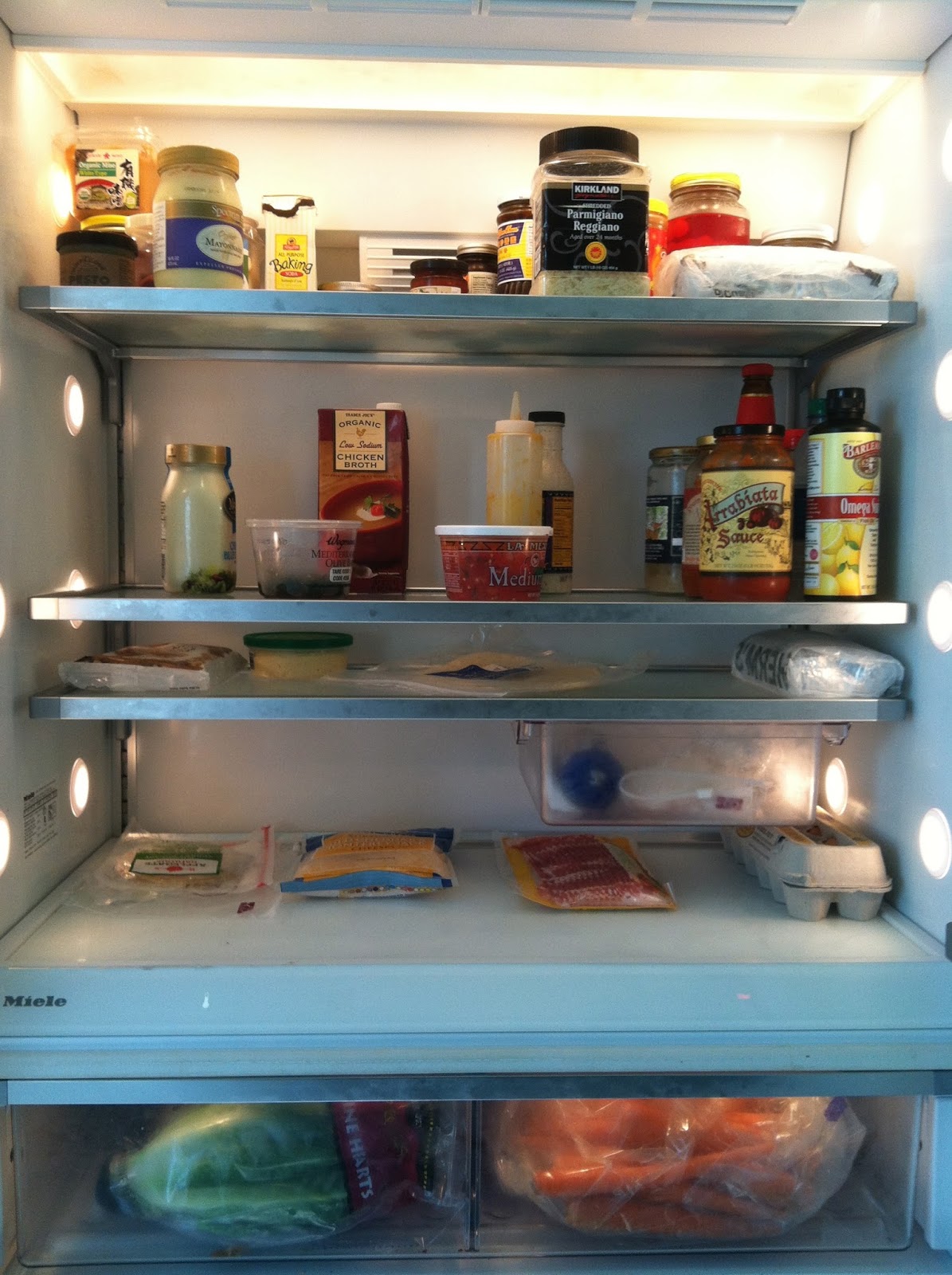 JW: Yes, Mortimer: those ARE carrots you see there! Five pounds. Those carrots have been waiting for two weeks to get juiced. It will would be happening any day week now, except I’ll be on the road for two weeks (starting yesterday), speaking at conferences, attending book meetings, and visiting schools in Texas, Washington, and California. (Carrot $ has to come from somewhere.)

Mortimer: How can I (Mortimer) help you?
JW: In the kidlitosphere we have a thing called Poetry Friday. Bloggers put amazing posts up every Friday. A different host each week lists all these posts. I’m always enticed by a dozen posts but I rarely get around to reading more than 3. If I were to see “The Mortimer Minute” next to a couple of blogs next week, I would make a point of going there. You’d be giving me just the nudge I need. I mean, how could I NOT stop by a blog to visit you—for a minute?!

Irene Latham
Irene Latham writes middle grade novels and poetry for all ages. Her recent works were inspired by her childhood love for exotic animals: DON'T FEED THE BOY is about a boy who wants to escape his life at the zoo and DEAR WANDERING WILDEBEEST (2014) is a collection of poems set at an African water hole. 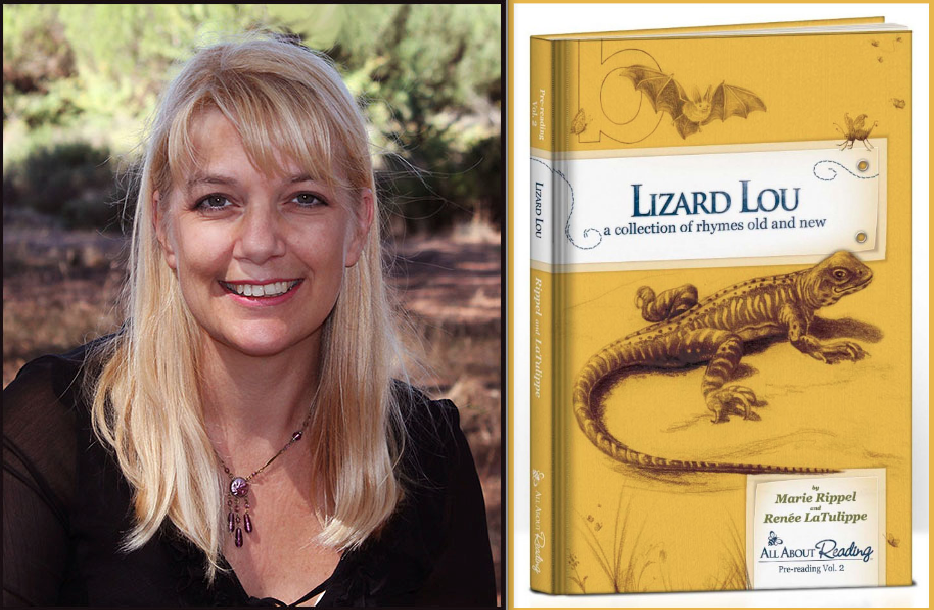 That’s it for this week. Thanks, Mortimer! 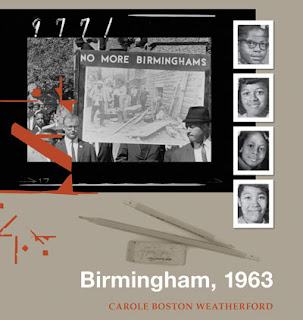 This week I am honored to feature Carole Boston Weatherford and her award-winning book, Birmingham, 1963, in memory of the bombing of the Birmingham church fifty years ago (September 15, 1963) that took the lives of four little African American girls. Carole's book is a beautiful, moving tribute and has been recognized with several awards:


Carole was kind enough to answer a few questions about her book (below). She'll be appearing on a variety of blogs this month with even more information, too.

Why did you decide to write this book?
I don’t want young people to forget the sacrifices made in America’s freedom struggle. I’ve written a few books with that mission. One is even titled Remember the Bridge. In Birmingham, 1963, I offer an elegy to the four girls who were killed in the church bombing: Denise McNair, Addie Mae Collins, Carole Robertson and Cynthia Wesley.

Can you share a bit about your research and writing process?
After writing Freedom on the Menu: The Greensboro Sit-ins, I wanted to tackle another watershed event in the Civil Rights Movement. I chose the church bombing because, at the time, there was not children’s book devoted to the subject. The death of the four girls turned the tide of public opinion against white supremacists and the systemic racism that they avowed.

I began research using primary sources in the Birmingham Public Library  collection. I read newspaper accounts of the event, viewed news photos, and read responses by President John F. Kennedy and the Reverend Martin Luther King, Jr. I also referred to secondary sources. An article that interviewed the girls’ families helped me to humanize and personalize the victims.

From the start, I used poetry to tell the story. My early drafts in third person, however, lacked immediacy. So I decided on historical fiction and created a fictional first-person narrator. To layer the plot a bit, I set the action on the anonymous narrator’s tenth birthday. For rhythm and resonance, I employed repetition: “The year I turned ten…”; and “The day I turned ten….” What would have been a childhood milestone, she remembers instead for violence.

Why did you use poetry to tell the story?
Most of my books are poetry or are a hybrid genre blending poetry, biography, fiction or nonfiction. For example, I, Matthew Henson, Jesse Owens: Fastest Man Alive, and Before John Was a Jazz Giant: A Song of John Coltrane are poetic biographies. Becoming Billie Holiday is a fictional verse memoir. The Sound that Jazz Makes and a Negro League Scrapbook are poetic informational books. Birmingham, 1963 is an elegy. But it is also a narrative poem, a historical fiction. Poetry allows me to conjure images and distill emotions that make the story powerful.

Why did you create an anonymous narrator?
The historical events are true, but the first-person narrator is fictional. I used a narrator to give young readers a character with whom to identify. In so doing, young readers grapple with social justice issues. I did not want names of fictional characters to stick in readers’ minds or to take the focus off the real victims. Also, the narrator’s anonymity draws readers even closer to the action. In this scene, she struggles to get out of the church after the blast.

Smoke clogged my throat, stung my eyes.
As I crawled past crumbled plaster, broken glass,
Shredded Bibles and wrecked chairs—
Yelling Mama! Daddy!—scared church folk
Ran every which way to get out.

Why did you structure the book with an “In Memoriam” section?
The book has two sections: a longer opening poem with a first person narrator is followed by four short “In Memoriam” poems—one about each of the four girls. The tributes read like incantations. I could not have written this book without honoring Cynthia, Denise, Carole and Addie Mae. I felt that it was important to spotlight their individuality. I did so by revealing their pastimes, personalities and passions. I tried to show not only who they were but who they might have become. In May 2013, the four girls were posthumously awarded Congressional Gold Medals. 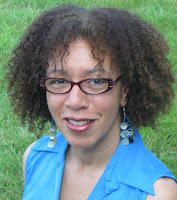 This fall, Carole is offering FREE Skype visits to schools that read Birmingham, 1963.  Click here for more information. There's also a discussion and activity guide for the book here and more information at the publisher's link here.

The Rise and Fall of Jim Crow (PBS) – For Teachers

Eyes on the Prize (PBS) – For Teachers

Special thanks to Carole for gathering all this information for us-- and for her beautiful, moving book-- and a reminder of the price children often pay for our collective ignorance and stupidity. Look for many more wonderful works by Carole Boston Weatherford at her web site here.
Posted by Sylvia Vardell at 8:13 AM 2 comments: