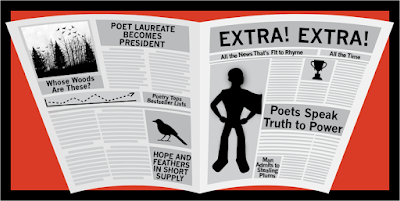 EXTRA! EXTRA! Janet Wong and A SUITCASE OF SEAWEED & MORE 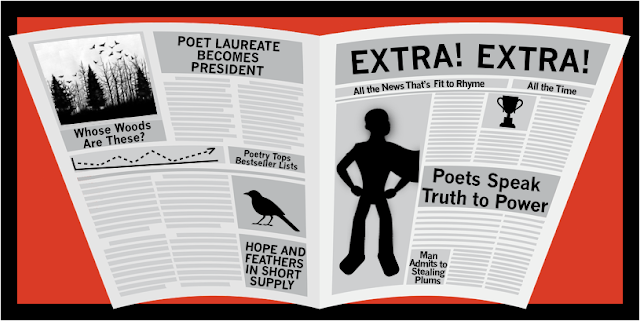 Welcome to a new series I'm launching on my blog: EXTRA! EXTRA!
I'm inviting poets to share a poem that did NOT end up in their published book-- and provide a bit of backstory about the choice not to include that particular poem. Did you know that poetry collections and novels in verse are often built upon large selections of poetry and the poet and editor OMIT some of those poems? Yes, indeed! And of course poems may also be edited, moved around, and expanded too. But I'm always curious about that initial selection of poems that MIGHT become a book and how that changes along the way. So, here we go. My friend and collaborator, Janet Wong, has graciously agreed to share one poem that was not included in the original publication of A SUITCASE OF SEAWEED in 1996. 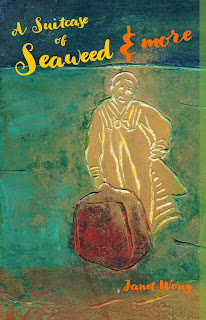 The manuscript for A SUITCASE OF SEAWEED was originally published in 1996 by Margaret K. McElderry Books/Simon & Schuster. We recently reissued it as A SUITCASE OF SEAWEED & MORE under the Yuzu imprint of Pomelo Books. When deciding on the format of this reissue, I toyed with the idea of including poems that were omitted from the original manuscript, but decided that it would be best just to feature new material for each published poem. In this new book, each poem now faces a prose piece that gives insight into the poem. The prose piece is on the same page as a very short writing prompt that encourages readers to dive into their own experiences.

The original manuscript contained several poems that my editor Margaret McElderry decided to omit. Margaret was an icon in children’s publishing. People didn’t just revere her; they obeyed her unconditionally. When she told you to omit something from a book, she usually gave only a very short explanation, but I understood her “omit” orders to be complete rejections of those poems. I did challenge her a few times on various things, but it was made clear, especially in our face-to-face meetings and phone calls, that it would be better to just do what she said. When the poem “American Daughter” was rejected, I put it in a box of poems and correspondence that I have ignored for more than twenty years.

It’s hard to see, but Margaret’s comments on this poem read: “omit (mng. [meaning] too subtle for young readers who don’t know the Chinese tradition).” She has also written in “Grand?” (presumably to suggest changing the word “Daughter” to “Granddaughter” if the poem were to be used).

Note re “young readers”: When Margaret asked me what age range I thought this book was for, I said, “Well, GOOD LUCK GOLD [my first book] was probably for ages 8 and up, but this book seems older.” Margaret corrected me immediately by saying, “GOOD LUCK GOLD was for ages 9 and up.” I thought it was funny that she had such a clear idea of the bottom age; it was even funnier when the two books finally came out (GOOD LUCK GOLD in Fall 1994 and A SUITCASE OF SEAWEED in Spring 1996) and the jackets listed them both for “10 and up."

Some reflections on this poem:

I used “Daughter” because this was a conversation that the girl was having with her mother. Her mother was teaching her how to be humble—so she would know better than to carelessly accept her grandparents’ compliments.

I needn’t have limited it to “Chinese,” especially since my Korean mother definitely felt this way about humility and boasting. Asian children generally (and girls, especially) are expected to be modest to the point of self-deprecating. Saying thank you for a compliment is a sign of conceit.

Would this poem’s meaning have been too subtle for children, as Margaret thought? Probably. Margaret was probably right. But I’ll bet some children, not just Asian children, would recognize this scenario instantly. They would feel good that someone understood. Also, maybe, people who tried to compliment an Asian girl—only to have that compliment rebuffed by her or her family—would gain some insight. I have read that in various cultures all over the world (in the past), people would say bad things about babies, even giving them negative names, so that the gods would not take them away.

The final line in this poem is really important: the grandparents would’ve been proud. What’s important in a traditional Asian family is pride (or unfortunately more important, shame). Love? Togetherness? Fun? These are unnecessary; happy parents are the ones whose children make them proud.

From Sylvia: Thank you, Janet, for sharing so honestly. I love how this short poem says so much about family and cultural expectations-- things we all cope with, but in different ways. Your poem has made me think more deeply about what makes proud parents and happy families and how quick I may be to judge what I think that "should" mean. Wonderful how a single poem (and your honest back-story) make us question our own beliefs and remember our own experiences. Janet's book, A Suitcase of A Seaweed & More was recently selected for the CBC Showcase Family Heritage. With this new pairing of poetry and prose pieces throughout, it's a gem of a reading experience and a fantastic teaching tool.