It's back to school time!
One of the best things about heading back to school from the kid point of view is seeing your friends again! School is very much about friends and friendship in their eyes (and sometimes about the converse: bullying and ostracism, but that's another subject). With the friendship focus in mind, I wanted to stop and share a wonderful new picture book poetry collection from Douglas Florian, a kid favorite (and mine too!).

Have you seen Friends and Foes: Poems About Us All (Simon & Schuster/Beach Lane Books, 2018)? 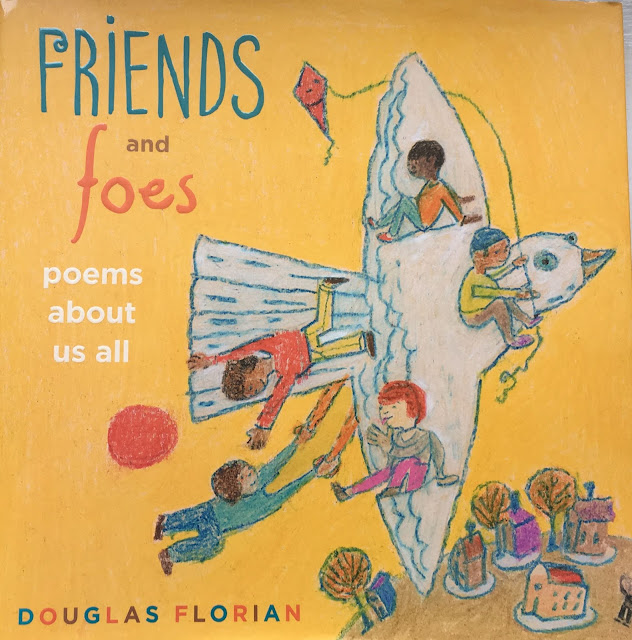 You'll find 25 poems on many different aspects of friendship, including some of the challenging parts like jealousy, loneliness, lying, and so on-- all from the child perspective (which feels universal to me!). 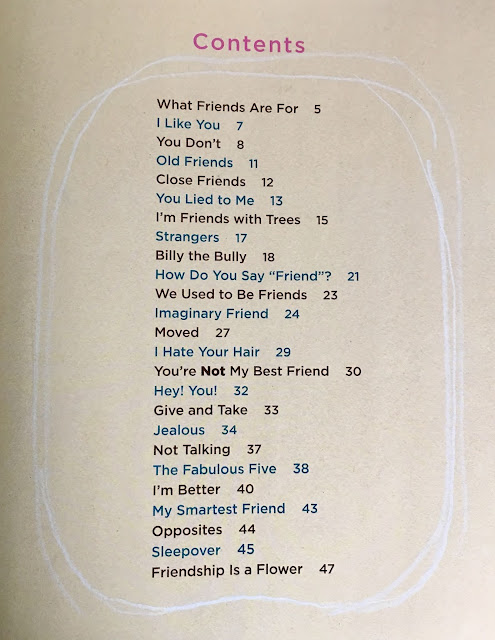 Each poem is accompanied by Florian's distinctive illustrations-- and here's the kicker-- done in colored pencils and crayons on manila paper! Don't you love that? Perfect for a back-to-school poetry collection! This one is probably my favorite poem: 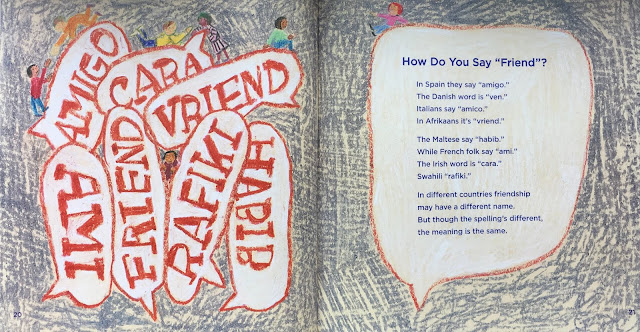 And if you'd like to look for a few more poetry books about friendship, here you go:

Friends and friendship are such an important part of childhood and growing up. Many poetry books focus on this topic, including the following.

Now look for Christy's blog, Wondering and Wondering, where she is hosting our Poetry Friday fun.