My good friend and collaborator Janet Wong is receiving the NCTE Award for Excellence in Poetry for Children at the annual convention (virtually) next week. I am so excited and happy for her! In celebration, I persuaded her to do a Vogue-style interview with me. Here she answers 10 questions about her routines, her childhood, and her writing. Enjoy! (Click on the white triangle in the center to advance the video)

Do yourself a favor and check out one of Janet's books. She is such a gifted poet and storyteller! 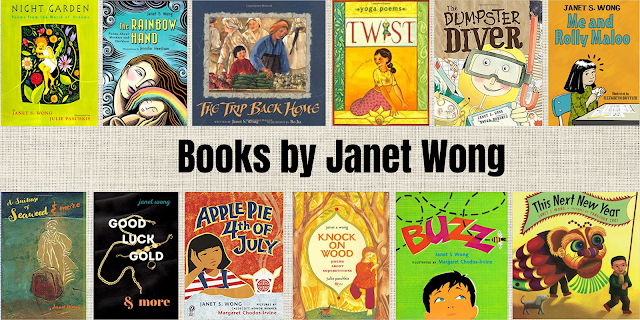 And of course, Janet and I have also collaborated on a dozen poetry anthologies featuring hundreds of poems by many different poets. So proud of those! Yay for Pomelo Books! 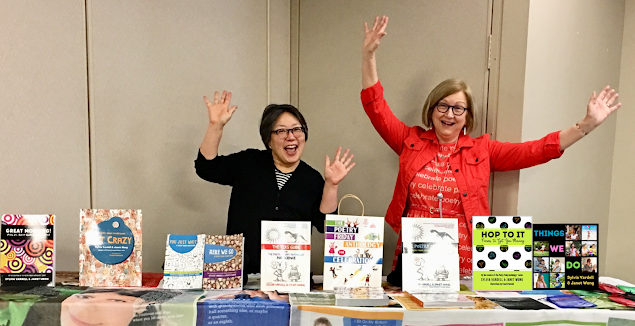 If you're attending the NCTE convention (virtually), be sure and tune in to her acceptance speech on Saturday, Nov. 20. We'll also be presenting together along with Carole Boston Weatherford and Elizabeth Steinglass on Sunday, Nov. 21. Look for us there: 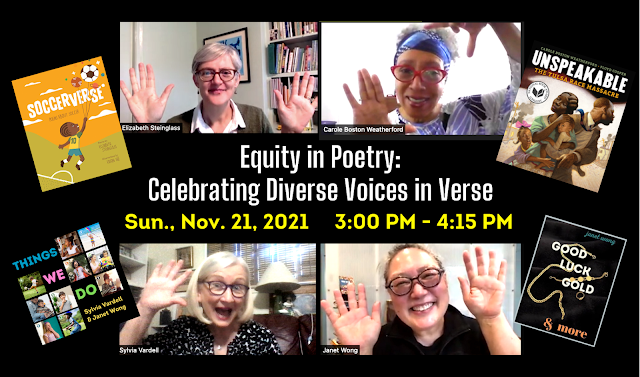 Meanwhile, head on over to Radio, Rhythm and Rhyme where Matt is hosting our Poetry Friday gathering this week.
Posted by Sylvia Vardell at 11:46 PM 22 comments: 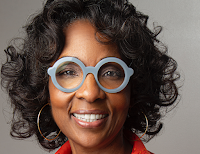 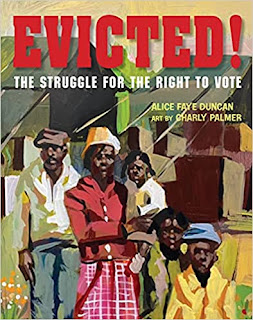 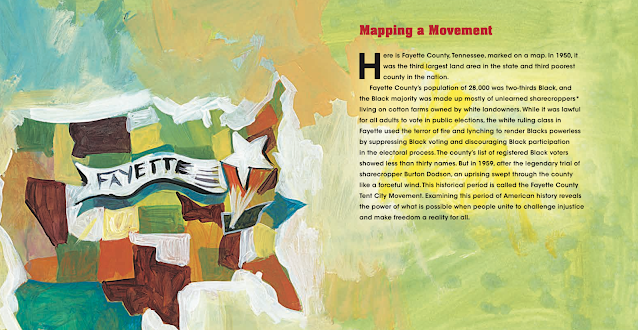 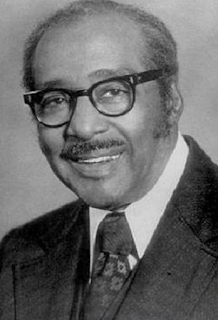 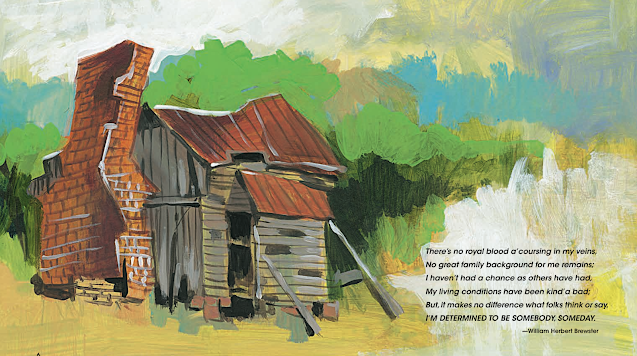 Sylvia: Thank you, Alice, for sharing this powerful, personal glimpse. I wasn't familiar with the Tent City Movement either, so I am very grateful for this new book. I hope EVICTED! finds many, many readers. Preorder now!
Next: head over to A(nother) Year of Reading where our grand poetry ringmaster, Mary Lee is hosting our Poetry Friday gathering. See you there!
Posted by Sylvia Vardell at 9:12 AM 6 comments: