Here, Jennifer got the students involved in PowerPack 8 of Here We Go with a focus on tercets.

First, she tried the PowerPlay activity with students. They circled every third word in a prose passage and then made a three-line poem using some of those circled words. 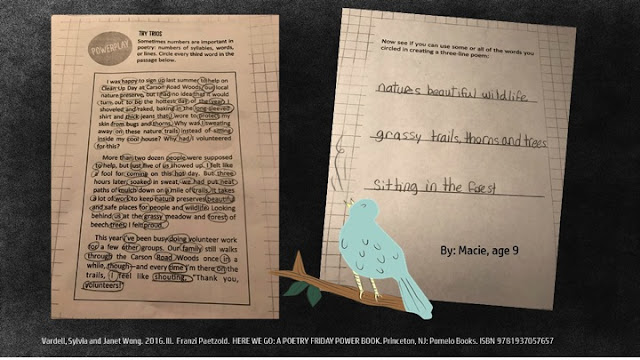 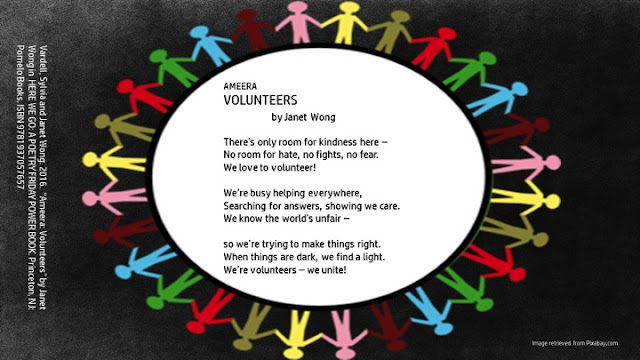 Then, she shared the response poem the student wrote in relation to the mentor text poem-- using tercets. Here are two examples. 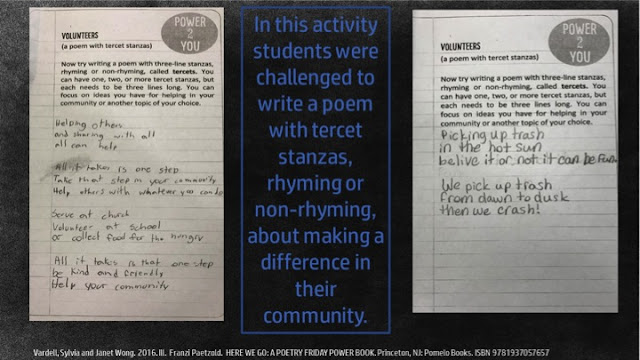