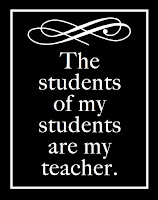 We're looking at how they interacted with You Just Wait: A Poetry Friday Power Book using each PowerPack to see how young writers responded.

Here, Lauren got the students involved in PowerPack 6 of You Just Wait and I love what she did with it.

First, here are all the components of PowerPack 6 in her opening slide: 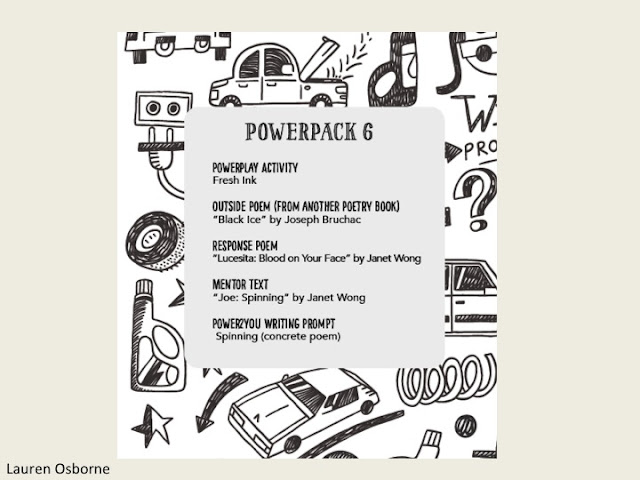 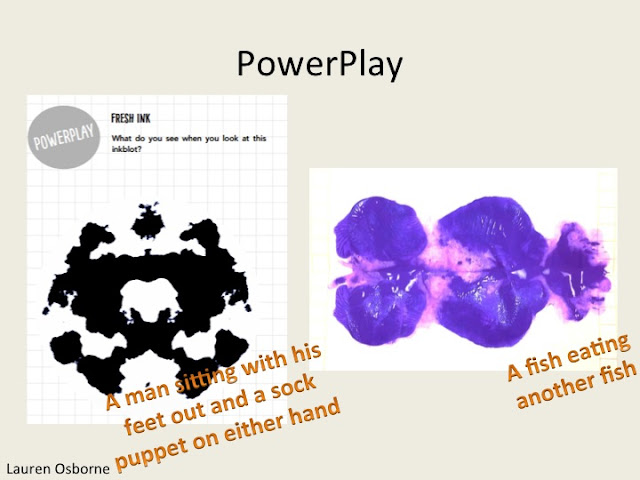 Then Lauren created original digital poem postcards for each of the three poems in PowerPack 6. First, here is her slide for the "anchor" poem by Joseph Bruchac: 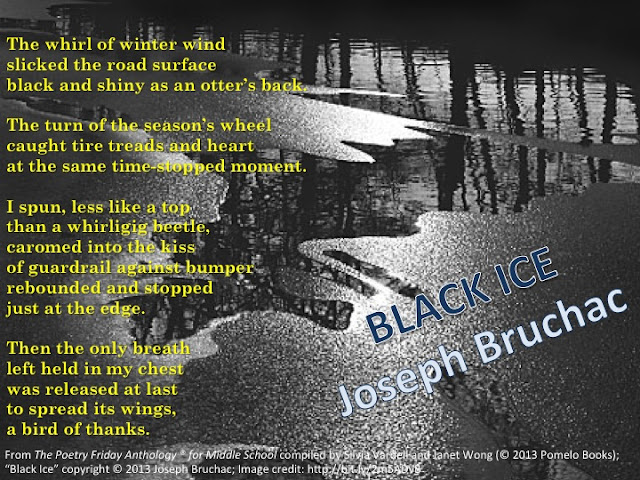 Then, she created a digital postcard for the response poem by Janet Wong: 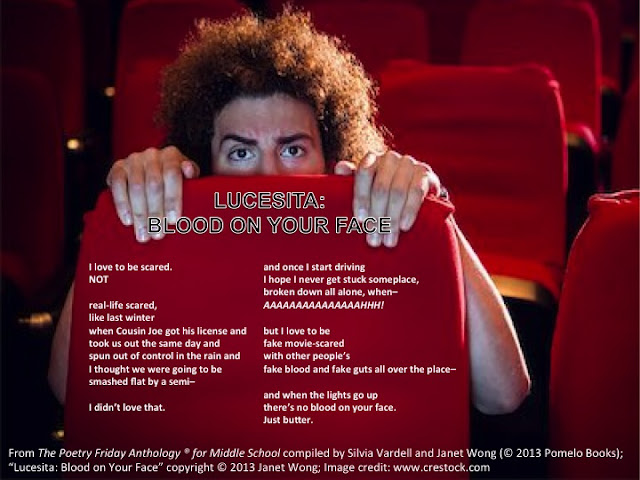 She created another digital postcard for the mentor text poem (also by Janet Wong): 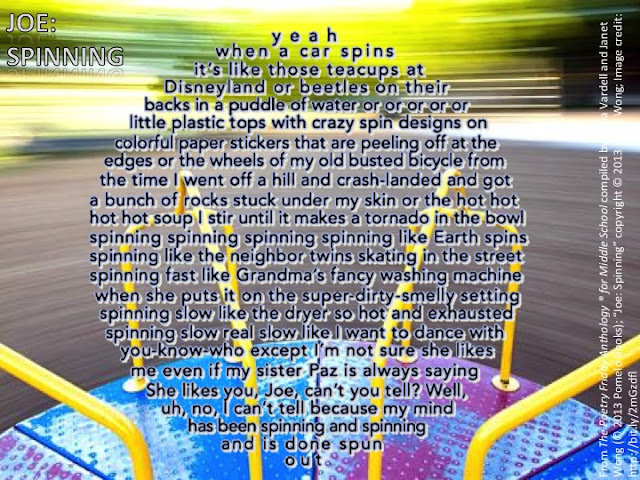 Then, she shared the response poem the student wrote in relation to the mentor text poem-- in the shape of a donut! 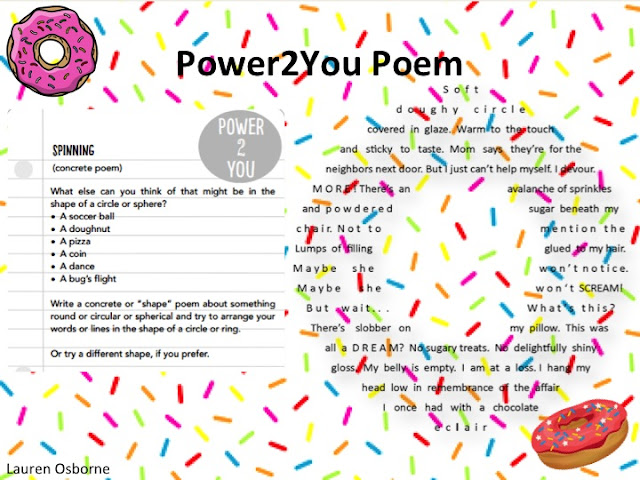 I think it's a pretty great poem by the student (a concrete poem WITH rhyme!) AND a fun, visual interpretation of it in the slide MY student, Lauren, created.

Finally, Lauren also recommended another book of concrete poetry that students might enjoy in her resources slide: 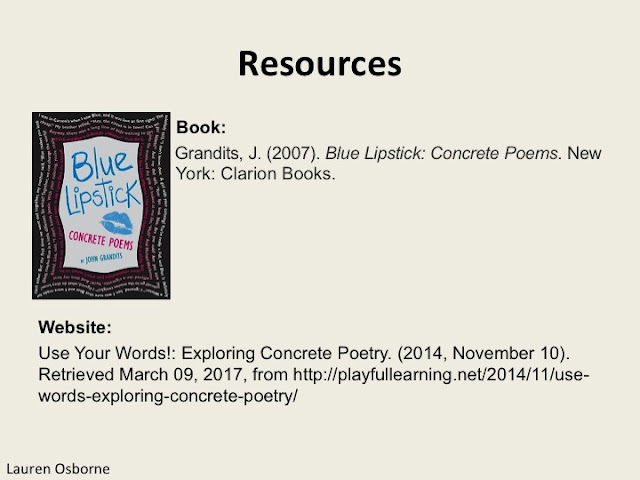