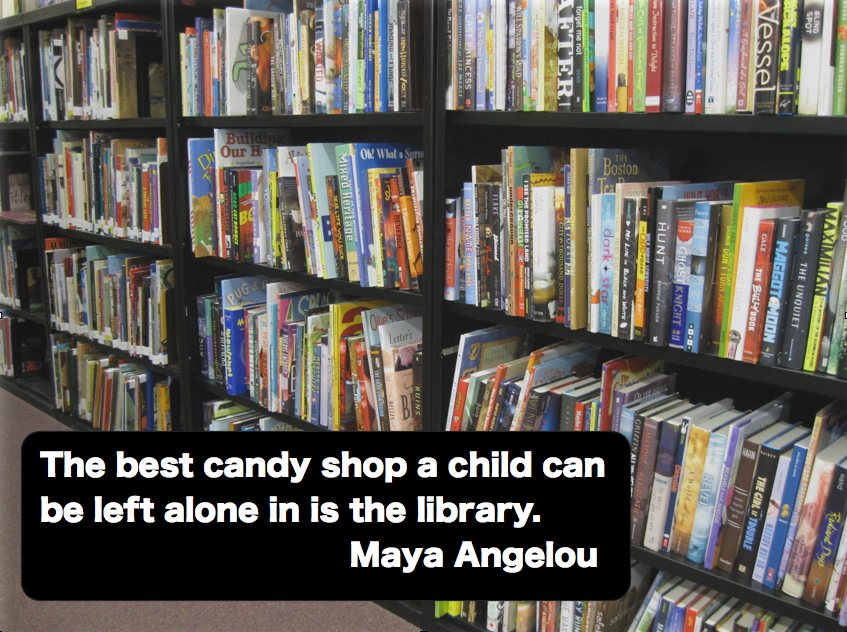 As everyone knows by now, Maya Angelou passed away this week. Her words, her work, her presence, and her life have been honored in many ways in many places-- such a beautiful legacy. I just wanted to take a moment to highlight her work for children.
Maya Angelou published several works for young readers, including a series of small picture books in the "Maya's World" series: Izak of Lapland, Renee Marie of France, Angelina of Italy, and Mikale of Hawaii. She authored two narrative picture books accompanied by the illustrations or photographs of Margaret Courtney-Clarke:
Angelou, Maya. 2003 (reprint). My Painted House, My Friendly Chicken, and Me. Ill. by Margaret Courtney-Clarke. New York: Crown.
Angelou, May. 1996. Kofi and His Magic. Photographs by Margaret Courtney-Clarke. New York: Knopf.
Her poem read at the 2005 White House tree-lighting ceremony was turned into a lovely picture book (with accompanying CD featuring Angelou reading the poem aloud) was published in 2008:
Angelou, Maya. 2008. Amazing Peace; A Christmas Poem. New York: Schwartz & Wade.
Sterling Publishing reissued a collection of her poetry with introductions and annotations by Edwin Wilson just last year:
Wilson, Edwin G (Introductions/annotations). 2013 (reprint). Poetry for Young People: Maya Angelou. Ill. by Jerome Lagarrigue. New York: Sterling.
And of course her poems appear in many anthologies for young people, such as
Rochelle, Belinda. Ed. 2001. Words with Wings:  A Treasury of African-American Poetry and Art. New York: HarperCollins.
Giovanni, Nikki. Coll. 2008. Hip Hop Speaks to Children. Naperville, IL: Sourcebooks.
and many more. But I think my favorite of her works for children is her book, Life Doesn't Frighten Me illustrated by the artist Jean-Michel Basquiat.
(Angelou, Maya. 1993. Life Doesn’t Frighten Me. Ill. by Jean-Michel Basquiat. New York: Steward, Tabori, & Chang.)
It's deceptively simple and direct and recognizes children's fears while empowering them to face them and embrace their own power and identity.

Thank you, Maya Angelou, for sharing your gifts with us-- young and old.
Posted by Sylvia Vardell at 9:33 AM

Hi Silvia,
As usual, a great blog today. Maya was always, and will remain, a favorite of mine. I use many of her quotes and sayings with my articles and poems.

Thank you!
Your friend,
CJ

Thanks so much for stopping by, CJ, and for your kind comment. My attempt feels so feeble, but I wanted to honor her work for children, in particular. Wishing you all the best!
Sylvia

I love the quote you started the post with. That's going up on NHLA's Facebook page sometime soon!

Thanks for compiling the list--I never knew she had done so much work for kids.

Life Doesn't Frighten Me - LOVE that one! And Maya reciting this poem is sublime.

Thank you for compiling this list. I plan to work and enjoy my way right through it.

I included a recording of Maya Angelou reading "Life Doesn't Frighten Me" at the end of my Thursday blog post. It's also found easily on the internet. It's wonderful.