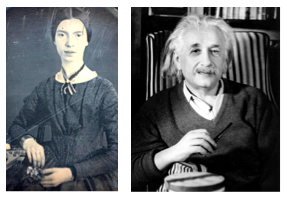 We recently presented at the annual conference of the International Reading Association in New Orleans. Our topic was "How is a Poet Like a Scientist? Maximizing Teachable Moments in Both Reading and Science."

We had a fantastic panel of presenters including:
Shirley Duke (Author, Peachtree Publishers)

Each person brought a slightly different perspective-- in reading poetry aloud, in sharing poetry with young people, and in making connections between poetry and science. Here are just a few fun clips to give you a taste.

Janet addresses the important topic of diversity in poetry:

Amy reads one of her poems aloud ("Meter Stick") from The Poetry Friday Anthology for Science.

I introduced poet Eric Ode (pronounced  O-dee) by reading one of his poems aloud ("Science Fair Project" from The Poetry Friday Anthology for Science).

Then Eric invited the audience to join in on his poem, "Science Fair Day" (from The Poetry Friday Anthology for Science).

Vida (bringing the educator perspective) shared the poem, "Questions that Matter" by Heidi Bee Roemer (from The Poetry Friday Anthology for Science) along with how one second grade teacher approached the poem with her students.

Bonus: Poet Sara Holbrook was in our audience and was willing to jump up and share her poem, "Friction" (also from The Poetry Friday Anthology for Science).

Isn't it marvelous to see how poets explore science topics?
Wouldn't it inject fun in a science lesson to start with a poem?
Can you imagine kids' responses to these engaging poems?

Get your copy of The Poetry Friday Anthology for Science here.

A big THANK YOU to audience member and poet Laura Purdie Salas for making these mini-movies with my handy dandy Flipcam! And thank you to our wonderful panelists and to the enthusiastic audience that joined us-- and on Mother's Day!

Now head on over to Violet's place (Violet Nesdoly Poetry) for the Poetry Friday gathering. See you there!

This was the best panel! It was wonderful to hear the poets read their work and share their thoughts on the magic of melding poetry and science! And to see Vida share how she extends that magic in the library:>)

Oh my, what a treat this was! I'm always so bummed I can't go to these conferences, so thank you for bringing pieces of it to me. Wonderful!

Thank you again, Laura, for making so many wonderful video clips so that I could share them here. I know it detracts from actually experiencing everything oneself, so I truly appreciate it! Plus, it was so great to see YOU again!

Thank you, Renee, for your lovely comment! You are the Queen of great poetry videos, so we bow before you. But I share your feeling about going to/missing great conference events and always appreciate a glimpse myself. That's what motivates me to continue to do this-- no matter how amateurish my efforts are!

Laura: Thank you for videotaping and also for READING your poem--put on the spot by me (sorry)! Teachers loved your acrostic LAB SAFETY poem!

Thanks for reminding me about that, Janet. I had SO wished that I had grabbed the camera from you, Laura, so I could have captured it on film and how the audience responded too! You rock-- in front of AND behind the camera!

I so wished to be there and now I got a taste of your presentation. Love all the sharing of the poems. They really are best when read aloud. Will you be presenting at NCTE? Would love to see you and thank you in person for all your wonderful work.

Thank you Sylvia for posting these video clips. They are priceless.
And thank you Laura for the kind comment about my sharing. I always fear speaking in front of an audience because my English gets a little "shaky” when I have to speak to a larger group of people. This time, because of my LOVE of poetry and what I was doing with my students, because of many bright, smiley faces in the audience, and the most supportive, kind, and encouraging team of poetry experts beside me, I felt that I succeeded in sharing some of the magic that happens in my library with all of you present there. My English wasn't perfect but I felt that the people in the audience truly understood the magic I shared. And that’s what matters the most. I am so thankful to Sylvia and Janet for inviting me to share in the excitement of sharing our experiences. And then to hear comments such as yours, Laura--it truly means the world to me. Thank you.

Thank you, Sylvia (and Laura) for sharing these clips. It made me feel like I was there! It's nice to know that poetry in America is in the hands of such capable poet-teachers.

Thank you, Margaret, for your kind comments. Yes, Janet and I will also be presenting at NCTE-- we'd love to connect there!

Thank you again, Vida, for being part of our wonderful panel, and bringing your great work with kids and teachers-- and your sensitive heart-- to share with us all.

Thank you, Violet, for hosting the big Poetry Friday gathering and for stopping by here to say hi. It's such a lovely circle of kindred spirits!
Sylvia

Wish I could have been there!

How I wished I could have been there. What fun. Next time.