Congratulations to Jacqueline Woodson whose book, Brown Girl Dreaming, was just named a finalist for the National Book Award. You know how much I love this book and already featured Jacqueline in a Poet to Poet interview with Carole Boston Weatherford. But did I mention that I also find it so intriguing that a memoir-in-verse is getting all this recognition? I think that’s wonderful! And I loved how Jacqueline said, “This is how memory comes to me -- In small moments with all of this white space around them.” That seems to be true for many poets and I thought it might be interesting to gather a list of other memoirs told in poem or verse form.

For example, have you seen Marilyn Nelson’s latest book, How I Discovered Poetry? It’s a memoir in 50 sonnets! And it’s a perfect partner to Woodson’s Brown Girl Dreaming in its exploration of family, identity, racism, and writing. Don’t miss it! Plus, I hear that Margarita Engle will be publishing her own memoir in verse next year (2015). Can’t wait! And for a comic twist, look for Bobbi Katz’s engaging, mock memoir with the most beautiful retro cover and scrapbook-like interior perfect for Halloween sharing, The Monsterologist; A Memoir in Rhyme (Sterling, 2009). Or for younger readers, another mock memoir presented as if written in a student notebook by Gary Crew, Troy Thompson’s Excellent Peotry [sic] (Kane/Miller, 2003). Hilarious!

And any look at memoir merits a discussion of biography, autobiography, and history captured through poetry. For example, J. Patrick Lewis and Jane Yolen create a vivid biography in poems for artist Marc Chagall in Self Portrait with Seven Fingers: A Life of Marc Chagall in Verse (Creative Editions, 2011). Gorgeous Chagall art included!

And let’s not neglect novels in verse that are grounded in true stories and historical events like:
Allan Wolf's The Watch That Ends the Night; Voices from the Titanic (Candlewick, 2011)
Maryann MacDonald's Odette’s Secrets (Bloomsbury, 2013)
to name just a few...

What a great opportunity to talk with students about memory and poetry!

Here’s another list from my book, The Poetry Teacher’s Book of Lists, that will help jumpstart your search for poetic memoirs. Enjoy!

Poetry is one place where writers look back on their lives and share memories of significant moments and experiences. Here is a selection of poetry memoirs written specifically for young people. 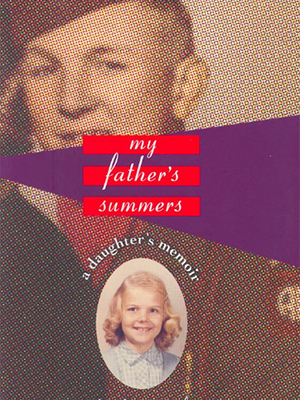 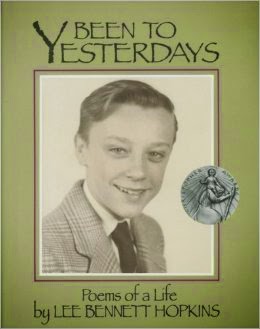 Now head on over to Michelle's place for the Poetry Friday gathering at Today's Little Ditty.

Posted by Sylvia Vardell at 7:56 AM

Yes, exciting to see Jacqueline Woodson's wonderful new book get this attention. And thank you for the fabulous list. Always glad to add to my reading list in this form!

Love this post, Sylvia. Thanks for the wonderful list -- I see I have a lot of reading to do. And hooray for Jacqueline Woodson!

Bookmarked! I'm sure I will be returning to this post again and again. Thanks, Sylvia!

So glad the list is helpful! Thank you for your kind comments. I think poetry is on a roll in recent years!

Sylvia- thank you for this fabulous list. Our school district is including a new memoir unit and I'll definitely be sharing your list with our teachers. I am on the never-ending reserve list to get hold of BROWN GIRL at the library. I may have to break down and buy it.

Fascinating look at memoir written in poetry! Thanks, as always, for the extensive list of resources!!

I love reading memoirs and as poems perfect! Thanks so much for this list.

Thank you for the wonderful list of resources, Sylvia. I've read most of the ones you listed, but I did find a few I missed! Thank you!

So many books, so little time. I will be back often to reference this list. =)

What a wonderful gathering of titles. A few of my favorites--MONSTEROLOGIST, WATCH THAT ENDS THE NIGHT, and BEEN TO YESTERDAYS! Thanks, Sylvia!