Jame Richards’s first novel in verse, Three Rivers Rising, is a historical tale based on a true event (the Johnstown Flood) weaving multiple story threads toward a vivid climax. It has already been nominated for the ALA Best Fiction for Young Adults 2011 list and you’ll find a downloadable reader’s guide for the book on Jame’s web site.

Here's just a snippet to give you a taste of the book. It's from the long opening passage from the protagonist's (Celestia's) point of view:

Now about me--
if I am not the fun-loving beauty,
then I must be the serious one,
the one who would toss the croquet ball back,
wave and sigh,
but be more infinitely more fascinated
with my book
than with the superficial cheer
of the society crowd.
The one who gets the joke
but does not tolerate it.
The one who baits the hook
and guts the fish
with Peter,
the hired boy.

One of my favorite activities to use with tweens and teens is to discuss the possible adaptation of a book into film, particularly the casting of the main characters. It really helps them visualize the characters and discuss their attributes. So, I tossed the challenge to Jame, as the author of the book.

If they were to make a movie of THREE RIVERS RISING, whom would you want to cast in the leads?

Jame: Naturally when Hollywood calls they’re going to be on pins and needles waiting for me to help them cast the leads, right? How fun would that be—I can’t wait. I hope Hollywood has a time machine handy, though, because all my picks would be too old to varying degrees. So qualify all my choices as “in the vein of…” 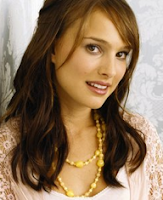 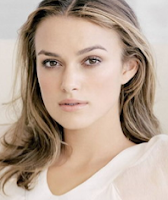 when films are cast so that family members truly look similar. So for Celestia and Estrella, I picture Natalie Portman or Keira Knightley or young Winona Ryder in some combination.


For Peter, whoever’s the next Brad Pitt, I

guess. He has that golden quality and he’s a good actor.

For Kate, I like Chloe Sevigny because she h 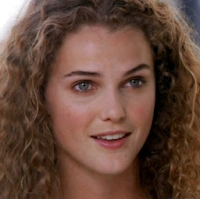 And, for contrast, I picture Maura having a rounder or square face and curly or wavy hair—so Keri Russell.


What do you think? I’m sure there are readers who know the young stars out there better than I do—I’d love to hear their thoughts!

Challenge kids to create a digital book trailer for the book, using actor images they choose for the characters’ portrayals, archival photos of the Johnstown area and flood, period music, and/or other elements to make the story come alive visually.

More historical novels-in-verse
I also like to link books, one to another, to keep kids reading. So, if they like Three Rivers Rising, they may also enjoy the work of Helen Frost, particularly Crossing Stones, which also includes romance, conflict, and societal pressures. And of course, they should look for Karen Hesse’s Out of the Dust (the inspiration for Jame’s use of the verse novel format) as well as Witness. Paul Janeczco’s novel in verse, Worlds Afire offers another counterpoint, with its focus on a real life disaster, the horrible circus fire in Hartford, CT. And I’ve heard through the grapevine that Allan Wolf is publishing a novel in verse about the voyage and sinking of the Titanic—out next year. Other novels in verse set in the U.S. (1850-1950) include Walter Dean Myers’s Here in Harlem: Poems in Many Voices (coming out shortly in a new audiobook format), Carole Boston Weatherford’s Becoming Billie Holiday or Marilyn Nelson’s Carver: A Life in Poems. To follow up, create a Poetry Timeline and place these titles in chronological order based on their settings.

Come meet Jame at our session at the upcoming NCTE convention in Orlando, A.9 POETS AND BLOGGERS UNITE: USING TECHNOLOGY TO CONNECT KIDS, TEACHERS, AND POETRY on Friday, Nov. 19 (9:30-10:45am).

Last chance: Post questions for Jame Richards or Pat Mora (in the Comments area below) or simply comment and win a chance at a free autographed copy of Three Rivers Rising (by Jame) and Dizzy in Your Eyes (by Pat). I'll post responses from Jame and Pat next week and will follow up on our joint session AFTER the NCTE conference. Thanks!
Posted by Sylvia Vardell at 8:39 AM

Here are my questions:
When writing in verse, how do you handle dialog?
How did you go about the researching of the Johnstown Flood (which was an amazing and tragic disaster).
How did you decide your line breaks?
Sorry to miss NCTE, sounds like a great session.

Sylvia and Jame, thank you for the interview. I'd love to see Three Rivers Rising as a movie. And, sigh, too bad Brad Pitt is too old.

I also like that Jone, above, gets in three questions. Yay for eager poets.

My question is: I’d love to hear an example of perhaps a minor historical incident found in research that pulled together a poem for you.

My question: what would happen if we mixed up the ethnicities of the actors so that it wasn't so monochromatic? What would that do to the story? Would it make a difference? Better, richer, more universal or somehow not?

Three Rivers Rising is currently at the very top of my to-read pile, and now that I've read your post, I can't wait to dig in! (or maybe, more appropriately, jump in...or bail out...) Since you linked the book with Crossing Stones (a favorite) I am even more excited to read it! Can't wait for your NCTE session!

Thanks to all of you for reading and commenting. Will draw for Jame's book soon!

I just wanted to add two of my favorite verse novels set during WWII (my pet research subject right now) to put on your timelines: a lesser known, but beautiful, work by Karen Hesse ALEUTIAN SPARROW and Jennifer Roy's YELLOWSTAR.

Thanks for the questions---I'm working on them now!

I will definitely be back to read those answers, Jame.

I find it impossible to "cast" characters in books--especially my own. My editor had to drag a few crumbs of description out of me. I remember reading once about dolls with no faces--maybe just two dots for eyes. The idea was that the child could imagine the face changing according to the emotion the doll was feeling. I like that idea, but I don't think it would be very satisfactory for most readers.