Congratulations to my good friend and publishing partner, Janet S. Wong, who is the 2021 recipient of the National Council of Teachers of English Award for Excellence in Poetry for Children, for her whole body of work for young readers. I think she is the perfect choice, but I am rather biased since I’ve known Janet for decades and have collaborated closely with her in publishing teaching anthologies of poetry since 2012 when we established Pomelo Books. You’ll find biographical info about Janet in many places: her parents were Chinese and Korean, she grew up in California, went to law school at Yale, and worked as a high-powered lawyer at Universal Studios. But then she left law and began writing for young readers creating beautiful collections of poetry, engaging picture books, and fascinating nonfiction. I first met Janet as a fan at a conference asking for an autograph on her first book. Flash forward and now she’s been on Oprah, a guest at the White House, and has served on numerous committees in several professional organizations. Plus, she’s a frequent speaker in schools, libraries, and at conferences. But in addition to all her accomplishments, she’s also a good friend to many people (including me!), a real advocate for literacy, and an innovator with an entrepreneurial spirit. She is so worthy of this important award for all her work, but also for how she lifts up other poets and writers too. She is a force-- pushing poetry out-out-out to as many readers as she can reach!

Janet will be presented the award at the November convention of the National Council of Teachers of English-- hopefully in-person! 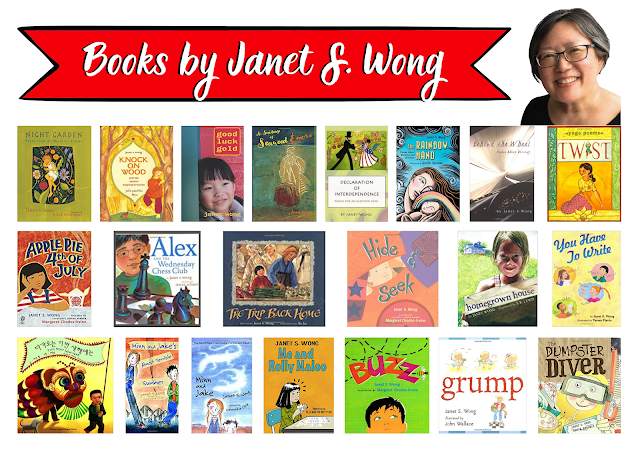 The NCTE Award for Excellence in Poetry for Children 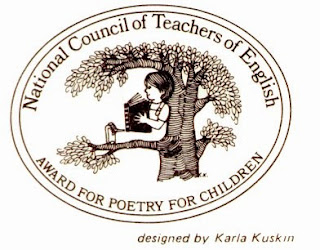 Creating books of poetry that demonstrate imagination, authenticity of voice, evidence of a strong persona, and universality/timelessness are essential. In short, we are looking for a poet who creates poetry books that contain clean, spare lines; use language and form in fresh ways; surprise the reader by using syntax artistically; excite the reader’s imagination with keen perceptions and sharp images; touch the reader’s emotions: a maker of word events.

Aggregate work, evident potential for growth and evolution in terms of craft, and excellence are considered.

Evolution of the Poet’s or Anthologist’s Work

Although the appeal to children of a poet’s or anthologist’s work is an important consideration, the art and craft must be the primary criteria for evaluation. Evidence of students’ excitement for the poetry and evidence of childlike quality should be present, yet the work’s potential for stirring fresh insights and feelings should be apparent.

Recipients of the NCTE Poetry Award

Look for Another Jar of Tiny Stars: Poems by NCTE Award-winning Poets, edited by Bernice Cullinan and Deborah Wooten, an anthology of poems by NCTE Poetry Award recipients (up to the year of the book’s publication). It is an excellent resource, based on children’s votes for their favorite poems by each award winner. It is a very child-friendly collection of some of the best poetry by some of the best poets who have ever written poetry for children. Plus, it includes biographical information about, sketches of, and quotations from the award-winning poets.

And don’t miss the “NCTE Poets Spotlight Series” by author Renée LaTulippe which features in-depth look at each award-winning poet and their work. For example: 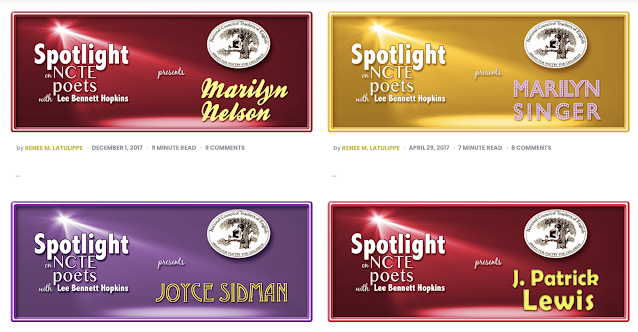 Now head on over to Reflections on the Teche where the lovely Margaret Simon is hosting Poetry Friday. See you there!

What a rich post and resource. Thank you! Pomelo books has only been in existence since 2012? Wow. It seems like I've been depending on these books for longer. Many congratulations to Janet. I wish her and you many words, many laughs and future projects together!

Hooray for Janet topping that fabulous list, well deserved! I've loved many of her books, and those with you, too, Sylvia. It was a special meet when you asked for that autograph! Thanks for this celebration of Janet!

A great big THANK YOU to Sylvia for this lovely post, for your decades of boosting my work, and for working together on our Pomelo adventures. ADVENTURES, truly — and so well-documented thanks to your passion for photo ops! Whether it's running full-speed toward Tony the Tiger with PET CRAZY or searching the halls of Philadelphia for Benjamin Franklin, your penchant for whimsy has made all these projects FUN!!!

To Our Mary Lee: National Compliment Day is coming up (Jan 24), the perfect opportunity to remind everyone about your poem "Compliment Chain" in THE POETRY FRIDAY ANTHOLOGY FOR CELEBRATIONS (https://michellehbarnes.blogspot.com/2015/11/dmc-compliment-chain-by-mary-lee-hahn.html)! I want to compliment you on the way you somehow find the time to be an insightful poet, a dedicated blogger, a literacy leader, AND an inspiring teacher. I'm grateful that working on the Poetry Friday books with Sylvia and also volunteering with the Children's Literature Assembly gave us the opportunity to know each other so well!

Thank you, Sylvia for this beautiful post. I can't think of anyone who deserves this award more. Janet has been a huge inspiration to me and so many others. She has done so much for poets and poetry! Not only is she a gifted poet, she is an amazing human being.

P. S. I remember buying my first copy of GOOD LUCK GOLD, and I still have it with it's original cover! : )

Sylvia, this is a glowing post on the many accomplishments Janet has made to the field of poetry and kidlit. I did not know that she was a lawyer but I can sense she has a keen and sharp awareness of how to present a case for the spread of poetry across the world. It has been my pleasure to know both of you. I am honored to be the recipient of both Janet and your joy for poetry. May you both shine in the world of kidlit. Off to tweet our your post. (PS: I am sorry that I did not have time to write a post last week when you were hosting PF. Our new home in Virginia was awaiting a delivery of new bedroom furniture and it was my 2nd grandbaby's 1st birthday-celebrated outside with a Winter Walk. It was the first time in a whole year that I missed writing and being with friends.)

I'm so happy for Janet! You've highlighted so many wonderful things about her. She's not just an amazing poet but is also an amazing human. So great to honor her!

Thanks for posting this, Sylvia, and congratulations to Janet! This award is well deserved. I'm so proud to know you both and to now be a part of the Pomelo family.

Janet is a gem and such a gift to all of us who know her (and you!).