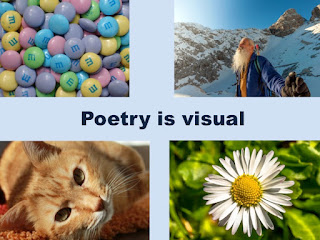 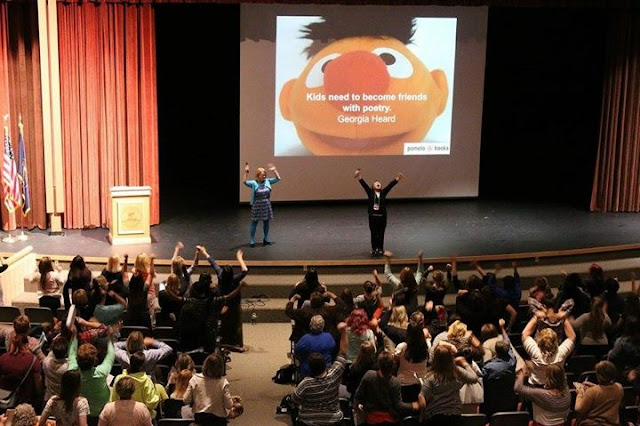 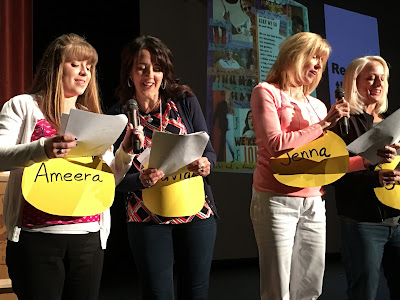 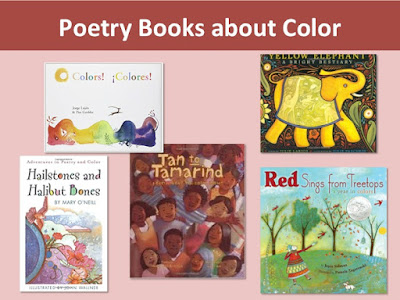 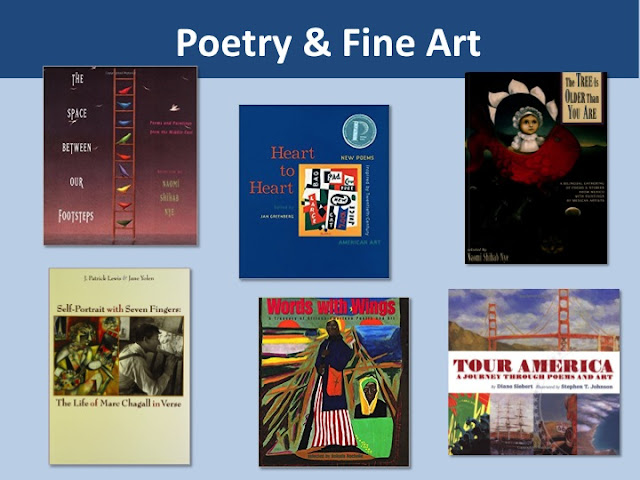 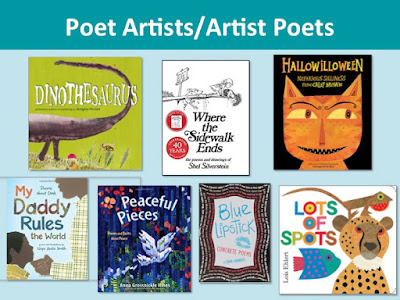 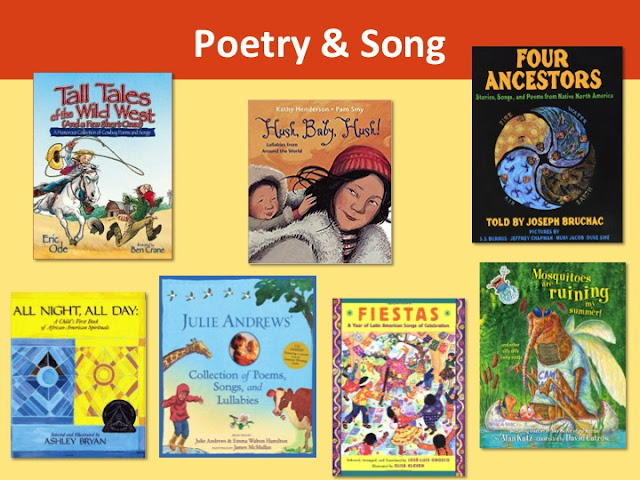 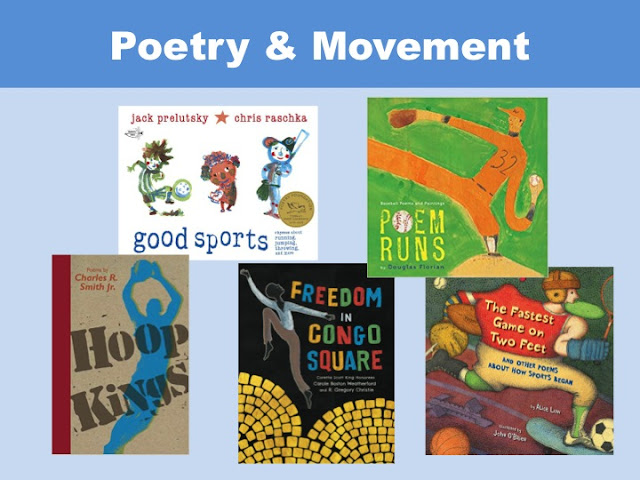 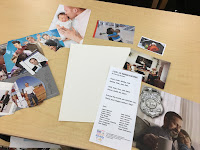 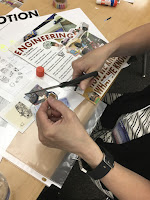 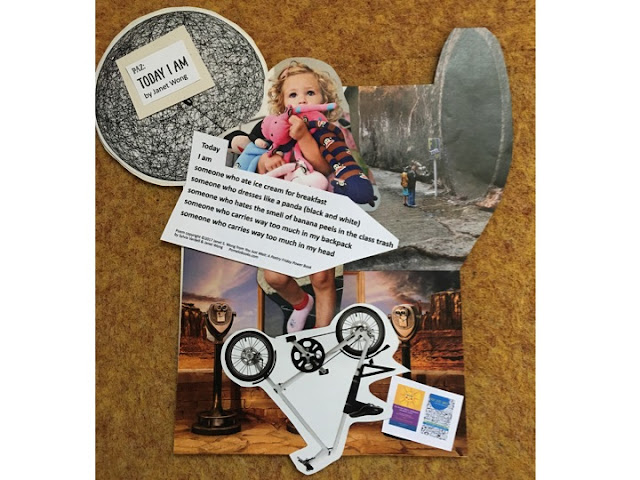 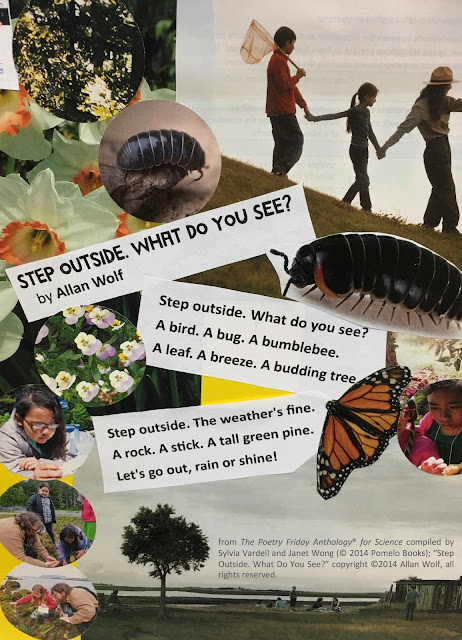 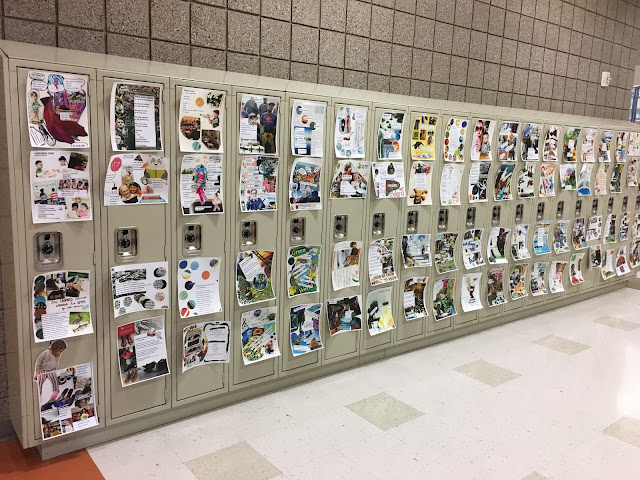 The conference looks so fun and positive. I want to make a poem collage. Maybe I'll do that today but first I think I'll go outside and see what I see. Happy Poetry Friday!

:-) Thanks, Liz! It's definitely a great time to STEP OUTSIDE!

My kind of conference!

Since I first discovered free photo editing sites, my whole outlook on poetry and art has changed and grown!

Thank you, thank you! This is a wonderful round-up for all of us to turn to.

Wish I had been there to see and hear everything going on.

Wow, a veritable avalanche of poetry! Must have be invigorating to take part. Looks like it was fun, too. I do think poetry would be useful in any area of study, a paring away and seeing the essence.

What a fantastic conference this must have been!!! Love the activities and I must say, Red Sings From Treetops is still one of my favorites to share with students. Thank you for this wonderful posting.

What a fun conference, Sylvia. Lucky you and very lucky participants to be energized by you and Janet. Thank you for sharing all those wonderful resources and I can't wait to try out the poetry collage idea! -- Christie @ https://wonderingandwondering.wordpress.com/

Love this! Must've been a lot of fun.

I followed your Pinterest board, all so wonderful & creative! Thanks, too for the list. I used poetry all through the curriculum with students, thought it did much to enhance new ways of embracing all the world. Thanks! The conference sounds awesome.

Hey, y'all! Thanks for the lovely comments and warm welcome back! So glad these art tips are helpful. Wishing everyone a wonderful summer!

Wow, Sylvia--you are back with a vengeance (but a good kind)! This is such a wonderful list--I plan to share it with art teachers and all teachers I know. It sounds like it was good to get out among a different crowd at that conference--I guess it's time to make the rounds of science, math and social studies conventions too!

A wonderful wealth of resources! Thanks for the collage activity, too. Beautiful results. I wish someone would have a conference like this closer to me. What fun!

Glorious, glorious, glorious - hats off to you and Janet; sounds like you were in your element for sure! That conference sounds electric, and what an amazing resource this post is - will gladly share. Wishing you a wonderful, poetry-filled summer! XO

Thank you for sharing this treasure trove of resources! I love the poetry collage, but like Liz, I think I'll head outside to see what's waiting there for me!

Whispers from the Ridge said...

Wow! What a great toolkit of resources and poetry inspiration. Thank you for sharing all of your learning!

That looks like a fun conference! I love the collection of poetry books that include so much of the arts. I spied several favorites!

I bet your session participants ATE UP every word of your presentation!

Thanks for this rich collection of art related poetry books Sylvia! The conference sounded wonderful, right up my alley as I am a visual artist and writer! This is also a rich resource to come back to for all these books.

Oh, what an incredibly inspiring conference this must've been! Thank you for sharing all these resources with us - I have so much reading to catch up on now!!

So many terrific books. Thank you.

What a great resource you have provided, Sylvia. I bookmarked this post adn will share it. Thanks to you and Janet for always advocating for poetry love.

I love these pics so much! I also adore writing poems inspired by art. I am already thinking about what my 2018 ARTSPEAK! National Poetry Month project will be! xo

July
2    Laura at Laura Shovan
9    Margaret at Reflections on the Teche
16  Molly at Nix the Comfort Zone
23  Kat at Kathryn Apel
30  Becky at Sloth Reads
August
6   Mary Lee at A(nother) Year of Reading
13 Christie at Wondering and Wandering
20 Carol at The Apples in My Orchard
27 Elisabeth at Unexpected Intersections
September
3   Heidi at my juicy little universe
10 Tricia at The Miss Rumphius Effect
17 Denise at Dare to Care
24 Laura at Laura Purdie Salas
October
1   Catherine at Reading to the Core
8   Irene at Live Your Poem
15 Bridget at wee words for wee ones
22 Jama at Jama's Alphabet Soup
29 Linda at TeacherDance
November
5   Tabatha at The Opposite of Indifference
12 Matt at Radio, Rhythm & Rhyme
19 Carol at Beyond LiteracyLink
26 Ruth at there is no such thing as a God-forsaken town
December
3   Michelle at Michelle Kogan
10 Cathy at Merely Day by Day
17 Jone at Jone Rush MacCulloch
24 Buffy at Buffy Silverman
31 Carol at Carol's Corner