November is national Native American Heritage Month and a good time to seek out, share, and celebrate poetry by and Native American writers. In fact, check out the recent Presidential Proclamation that beautifully describes why this is such an important celebration. I'm so pleased to feature a poem by Debbie Reese in honor of Native American Heritage Month. Debbie is a fellow academic who keeps the rich and informative blog, American Indians in Children's Literature. She is Pueblo Indian, tribally enrolled at Nambe Pueblo in New Mexico and her poem, "Making Bread," describes a beautiful family and Pueblo tradition complete with Tewa words (and a helpful pronunciation guide).You'll find this beautiful poem and 155 more in The Poetry Friday Anthology for Celebrations. 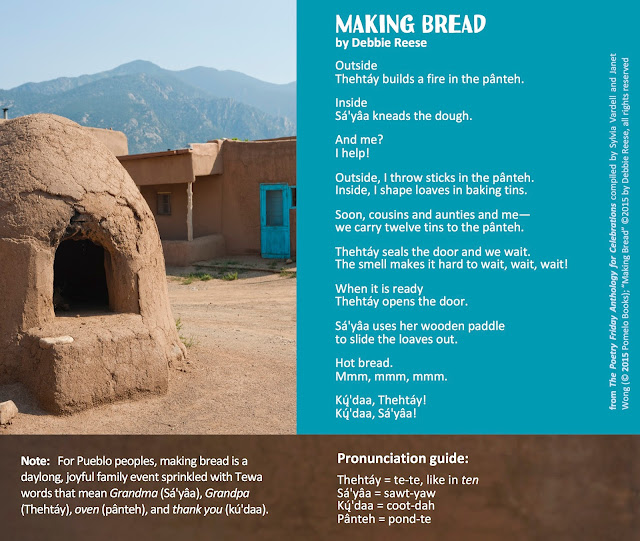 For more poetry by Native American writers, look for these poetry collections.

Voices from Native American or Indian tribes and traditions offer poetry in many forms. Here is a selection of these poetry books for young people. 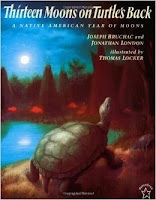 And I'm late to the party, but don't miss the rest of the Poetry Friday posts all wrangled by Laura Purdie Salas over at Writing the World for Kids.

That's a wonderful poem. Such a good book, that Poetry for Celebrations. I have a copy, and I love it.

Love this one. Poems that introduce me to just a few words from another language and culture are always nifty--something new, but not overwhelming. Just a taste to whet my appetite:>)

Will you be at NCTE, Sylvia?

So glad you like our CELEBRATIONS book, Brenda. Thanks for your support!
And yes, I'll be at NCTE, Laura, and look forward to seeing you there!

Thanks, Mary Lee. Same here-- see you soon in Atlanta! Should be a great conference-- there are tons of poets who are going to be there!