It's time for another installment in my Poet to Poet series where one poet interviews another poet about her or his new book. This time, the lovely April Halprin Wayland interviews Jeannine Atkins about her new nook, Finding Wonders.

April Halprin Wayland is a poet and picture book author and one of the founding members of the Teaching Authors blogging team and the UCLA Extension's Creative Writing Instructor of the Year. Her works include the novel in verse, Girl Coming in for a Landing, and New Year at the Pier, a Rosh Hashanah story, and More Than Enough, a Passover story, as well as To Rabbittown, It's Not My Turn to Look for Grandma, and The Night Horse.  She's a violinist, a political activist, and a frequent speaker, as well as the recipient of a Sydney Taylor Book Award. 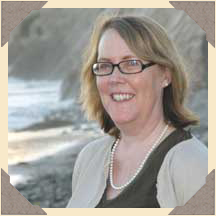 Jeannine Atkins is a poet and author of novels in verse, biographical works, picture books and nonfiction with a particular focus on girls, science, and nature, many inspired by history including this history-biography-in-verse, Borrowed Names About Laura Ingalls Wilder, Madame C. J. Walker, Marie Curie, and Their Daughters.  She also published her first novel for adults about May Alcott, Little Woman in Blue. She blogs at Views From a Window Seat and founded her own publishing company, Stone Door Press. Her new book is Finding Wonders: Three Girls Who Changed Science, about the fascinating lives of Maria Merian, Mary Anning, and Maria Mitchell.
Here, April asks Jeannine questions about this new book, Finding Wonders.

APRIL:
Jeannine, your metaphors and similes are breathtakingly original. As I read your book, you pulled me in with your deft use of language from the first page. So my question is: can you teach me how to come up with jewels such as the few I've listed below? 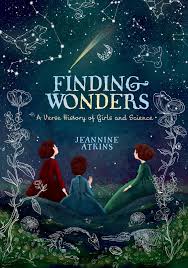 "...witch. That word sets hooks under her skin,/like the tiny barbs on the backs/of caterpillars' legs that help them climb."
"They exchange a glance,/swift and silent as two moths meeting in midair."
"Her voice scatters like sharp pieces of broken crockery/that can't be repaired, and will be hard to forget."
"Coughs scrape the air, as if Pa breathes through a grater."
"A constellation of sisters in one bed."

JEANNINE:
I begin with real things that were part of a person’s daily life and work. I imagine some cluttered on my desk and looking at them from different angles, trying to find language for them beyond their names. As I stick with an ordinary object, playing with its colors, uses, shapes, and scent, it seems richer - or it doesn’t, in which case it gets left behind. As I try putting details in poems, some seem to whisper to the theme. A metaphor may slip out, connecting something small to the big world.

APRIL:
You never fail to include evocative details, clearly culled from long hours of research. Tell us how you research... and how you choose just enough details to weave it into your story, such as the following: 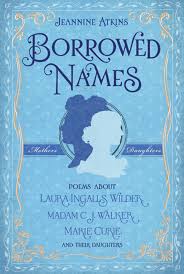 "Mum gathers bee balm, foxgloves, and thistles/to make tinctures and teas she says will help/ Pa breathe easier or tame his aches. She is careful/ not to disturb spirits by spilling salts, dropping a knife,/or setting a loaf upside down on the table./ She holds up an apple cut in half,/showing how her knife didn't slit a single seed./That means blessings are coming. She scoops out bits of the soft apple for the baby, feeds/ him wedges curved like half-moons."
"For dinner, they must change from gingham dresses to silk,/and when biting into bread, be vigilant not to leave a vulgar/horseshoe shape."

JEANNINE:
Some poets begin with voice, but I start and move along by giving time to words that evoke the five senses. I read for the shapes of lives, but while slogging through summary and abstraction, am on the lookout for particular tools, clothing, animals, food, or furniture. My process is to read and write a lot – because I don’t know when I start out what will be valuable – then get out the scissors.

APRIL:
You keep the lives of these scientists real. My final question is: if we were to go back in time and see you as a young child, would we see a budding scientist? Some examples of how you show how scientists think and how they work:

"...Mary considers. Certainty is like a pillow/ she has learned to live without./ Doubt is crucial. Discoveries are made/ by those willing to say, Once we were wrong,/ and ask question after question. Every one is a gift."
"She becomes as familiar with the creature as her own body./ No, more. Her tenderness toward the stone is long,/ while at home she spends just seconds pulling a comb/ through her hair, scrubbing grime from her fingernails,/or tucking her feet into stockings." 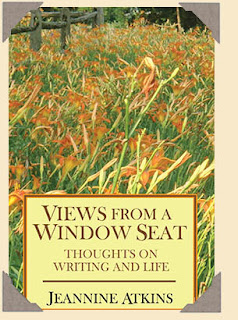 "Mary believes that the Lord loves questions as well as answers./ People were given scripture, but also the earth./ She means to read both."

JEANNINE:
I grew up in a small town at a time when parents let children wander or bicycle around. I was curious about what I saw in fields and woods, but shortly after a delicious classroom assignment to press and take apart a dried flower to label the parts, science moved toward abstractions, and my interest waned. Would it have made a difference if all my science teachers hadn’t been men? If I’d known of women besides the singular Marie Curie who’d made careers in science? I don’t know. But I’m happy. Writing and science find common ground in the need for wonder, working through mistakes, and paying close attention to the world.

Thank you, April and Jeannine, for digging deeply into poetry and sharing your conversation with us. Fascinating!

Now head on over and enjoy the rest of the Poetry Friday crew at Today's Little Ditty.

Thank you, Sylvia, for pairing these two! April and Jeannine, how delightful it is to find you two together here. Excellent questions and plenty of food for thought. I want a class on metaphors!

Enjoyed this wonderful exchange between April and Jeannine. Finding Wonders is exquisitely written. :)

What a terrific interview--so many great nuggets here!

I've said it before and I'll say it again, I LOVE this poet-to-poet series, Sylvia. The questions are as rich as the answers! I especially enjoyed reading about the approach Jeannine takes to her work. I love that she never forces— she gives the words time to ripen. Thanks to you, April, and Jeannine!

So inspiring to get into the minds of poets and see what goes on behind the scenes of the beautiful books we love and admire.

Doraine ~ exactly my thought--I want a class on metaphors, too! Jeannine? Create it and I'll be there in a heartbeat!

I can barely wait to read Jeannine's new book, and love these small parts that entice even more, and the questions, April, and answers, Jeannine, make the story even more special. Thanks for the post, Sylvia, April and Jeannine!

What great questions, April! Lovely interview. This summer I read Jeannine's memoir Views from a Windowseat and so this was another window into a life I've found out a little bit about.

Fascinating excerpts, and the question and answer showed the poet's viewpoint to be wide-ranging, well-thought-out and engaging.

Thank you all for stopping by to savor this amazing exchange between April and Jeannine. I enjoyed it as much as you all did!

Terrific interview--I loved April's close reading and insightful questions. Jeannine's answers felt like a poetry workshop! Putting this one on my to-read list.

Such a rich interview! Thanks, April and Jeannine, and Sylvia for hosting.
"I start and move along by giving time to words that evoke the five senses" - love this, and the elegant writing it produces from Jeannine's pen/keyboard. :0)

(Can't tell if my comment slipped into Cyberspace; trying again...)
Thank you, April and Jeannine, for this rich interview, and Sylvia for hosting.
"I start and move along by giving time to words that evoke the five senses. ..." Love this, and the writing it produces from Jeannine's pen/keyboard. This new book is terrific!