I'm happy to toot the horn for another new novel in verse by Nikki Grimes that is perfect for the intermediate grades (grades 5-8), in particular. It's Garvey's Choice, the story of a nerdy boy whose father wants him to pursue sports rather than the sci fi he enjoys. Fortunately, the discovery of a mutual love of music helps them connect in the end. Plus, Garvey's mom and sister, as well as his old and new friend, round out this engaging story about being true to oneself while respecting the differences in others. Oh, and did I mention that the entire book is written in tanka poems? Very cool! Nikki was kind enough to share a bit of "back story" on the writing of Garvey's Choice for my blog. Enjoy!

GARVEY'S CHOICE: THE STORY BEHIND THE STORY
by Nikki Grimes


Most often in my work, form follows function, which is to say I begin with character and story, and then determine what form that story will take.  However, in this particular case, form came first.  I'm fascinated with tanka poetry and wondered if it would be possible to write an entire novel using that form.

The idea for the subject matter was easy to arrive at, because body-image is such a fixation in this culture.  You can't turn on the television without hearing commentary on, or seeing a PSA about obesity in general, and childhood obesity, in particular.  It's a growing problem, and the topic is unavoidable.  (This is the second time I've addressed this.  I first took on the topic in Halfway to Perfect, a Dyamonde Daniel chapter book.)

I knew, from the beginning, that I would tell this story from a boy's point of view, rather than a girl's.  Stories on this particular subject are, more often than not, told from a girl's perspective, and I wanted to flip that.

I began with a clear idea and tight focus on theme, rather than character and story, and there's a danger in that.  The first polished draft was a portrait of an overweight boy in which all you learned about him was his experience of being overweight. There needed to be much more to him, and to his story, but I was too close to the material to see that.  Thinking I'd pretty much nailed the topic, I sent the first draft off to one of my editors.

As it happened, that editor was both the best and the worst person I could have chosen to share this manuscript with. This editor had been an overweight young person, and still keenly felt the wounds inflicted by childhood bullies, still flinched at the memories of body insecurity, and all that came with it.  In fact, the editor found the piece difficult to read, and impossible to edit.  This was hardly the response I had anticipated!  Suddenly worried my text might do readers more harm than good, I set it aside for a year or two and all but forgot about it.

I went on to write books like Planet Middle School and Words With Wings, and after the latter went into production, the editor of that novel-in-verse inquired whether I had any other projects we might work on together.  I thought about that for a few days, and suddenly remembered the tanka manuscript I'd filed away.  "You know," I told her,  "I do have one manuscript that needs some work.  I don't know if you'd be interested in it, but..." I went on to explain a bit about the story, and she invited me to submit it.  I'm glad I did.

Rebecca Davis, an editor I'd worked with for years, not only read the manuscript, but saw what it could be.  She recognized the narrowness of the story's focus, and suggested ways I might broaden the story, and shift its focus so that weight became part of Garvey's story, and not the whole of it.  She posed questions about the emotional life of the character, about his back-story, his family, his relationships, and she challenged me to draft a revision that answered some of those questions.  I looked them over carefully, gulped, and finally agreed.  I knew I had my work cut out for me.

Why did Garvey over-eat in the first place?  That was a key question that helped me shape the story that finally emerged.  I had to come up with a rational, plausible answer, and it was exploring that question that led me into the intricacies of Garvey's relationship with his father.  It was my editor who identified this as the heart of the story.  She was right.

I certainly know what it's like to have a disconnect with a parent.  From the time I was six years old, I dreamed of being a writer.  And yet, my mother did everything she could to dissuade me from pursuing that goal.  My father, on the other hand, both understood and supported my dream.  (In Garvey's Choice, I flip the roles, posing the mother as the supportive parent.) To be fundamentally misunderstood by a parent is very painful, and I was able to draw from my own experience of that pain as I wrote about Garvey's.  As they say, we write what we know.  I may not have grown up as an overweight boy, but I understood Garvey's heart. 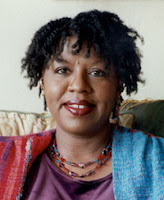 Garvey's friendships were also important to his story, as mine were to my story. The friends we let into the inner sanctums of our lives and hearts help to influence the people we become.  In the case of Garvey, his friends not only encouraged him to love himself, but also challenged him to stretch and grow in ways that were good and healthy.  Each recognized potential in Garvey that he, himself, was unable to see.  Our best friends can do that for us.

Little by little, the larger story of Garvey began to come together.  There was a problem, though.   As the manuscript became more complex, writing it entirely in tanka became more difficult.

A five-line poem is not much space in which to convey a complex narrative.  For that reason, my editor suggested I weave in additional poetry forms.  Of course, I was far too stubborn to accept her advice.  I'd set out to write a novel in tanka, alone, and that's what I was committed to doing. For the more compound narrative threads, I decided to try linking two or more tanka poems together. I wasn't sure it would work, but I'm glad it did.  Whew!


In the end, Garvey's Choice stretched me as much as Garvey's journey stretched him.  I hope this story will inspire readers to dare to follow their own dreams, whether or not loved ones choose to go along for the ride.  When we choose to follow our dreams, we discover who we are on the inside, and find the strength to be who we want to be, on the outside. Just like Garvey.


Note from Sylvia: I was also lucky enough to get the assignment to create an educator's guide for Garvey's Choice and I'll share a few nuggets next week.

Now head on over to Beyond LiteracyLink for the Poetry Friday party this week!
Posted by Sylvia Vardell at 2:01 PM

Thanks for the great review! I just reread The Road to Paris last night and fell in love with it all over again. I think I'll see how many of her books the library has and indulge myself ;)

Hi Sylvia. This is a mighty fine background piece about the magic that can occur between the exceptional creative writer working with the exceptional insightful editor. I love this story. I look forward to this book.

Can't wait to read this one! So glad you featured this.

Hi, y'all, and thanks for stopping by. So glad to touch base with fellow fans of Nikki Grimes! Look for GARVEY'S CHOICE out in October. It's accessible, well-crafted, and moving--- a nice blend of family story, personal identity quest, and a celebration of the power of music and poetry! Don't miss it.

I read Words with Wings and really enjoyed it. I will check out the others, including this one. I appreciated reading about her journey and revisions. It is always great to get insight into the mind of the writer. Thanks for sharing.

This backstory is fascinating - and affirming too, because it lets us see the 'flawed' aspect of the earlier draft - and the process to making it polished. That's important for readers and writers to know - that it often doesn't just happen. (Reassuring for this writer. :P) Usually a lot of time, thought and work has gone into the process. Looking forward to hearing more about this - and hoping to get my hands on a copy, too!

FROM LEE BENNETT HOPKINS (who was not able to post directly):

SYLVIA: Thank both you and Nikki for this back story. It is always fascinating to know the development of a book. I read GARVEY'S CHOICE, an important book, expertly crafted by Nikki and I am certain equally crafted by the remarkable editor, Rebecca Davis at WORDSONG, a woman I have worked with for a very, very long time. (I would have to count the titles we did together -- continue to do.) GARVEY'S CHOICE should be the choice for many 'best lists' of 2016. Thanks again. Lee www.leebennetthopkins.com

Thank you all for posting and sharing. I'm so glad Nikki's backstory was interesting and useful. I think it's also helpful to share with young students who don't always realize that "real" writers go through this process of changing and revising before their work is published. It can be so eye-opening for students!

Nikki's backstory and last line of the post memorable: "When we choose to follow our dreams, we discover who we are on the inside, and find the strength to be who we want to be, on the outside." Thank you, Sylvia for sharing.

Thank you for this interview. Can't wait to read the book. Thanks for highlighting one of y favorite children's poets.