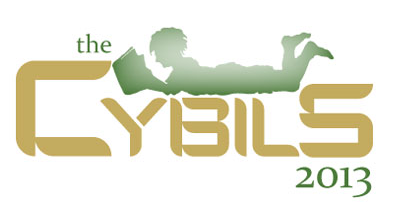 It's time for the Cybils award and I am tickled pink to serve as a judge in the POETRY category once again. Woo hoo! CYBILS stands for the Children's and YA Bloggers Literary awards and have been going strong since they were launched in 2006. Nominations opened today and close pretty quickly-- Oct. 15, so go here to put your favorite book forward. You can nominate in more than one category, but only one book in each. Then the judges will consider all the eligible books, correspond extensively, cajole, analyze, argue, advocate, and then select a short list of finalists (which is announced in November, if I remember correctly)-- which will then be sent to the second round of judges who choose ONE book for the award which is announced in February. That's it-- in a nutshell. Of course heaps of awards will be decided and announced in January, but I'm so happy that the Cybils has a category for poetry alone. Woo hoo!

The previous poetry winners include:
2012: BookSpeak! Poems about Books by Laura Purdie Salas
2011: Requiem: Poems of the Terezin Ghetto by Paul B. Janeczko
2010: Mirror Mirror: A Book of Reversible Verse by Marilyn Singer
2009: Red Sings from Treetops: A Year in Colors by Joyce Sideman
2008: Honeybee by Naomi Shihab Nye
2007: This is Just to Say: Poems of Apology and Forgiveness by Joyce Sidman
2006: Butterfly Eyes and Other Secrets of the Meadow by Joyce Sidman

And the short lists of "Finalists" offer a tremendous roster of the best of the best.

Check out this year's nominations and nominate your own favorite.

Posted by Sylvia Vardell at 9:27 PM

It's strange not being on the Cybils panel this year, Sylvia. I can't WAIT to see what books they honor!

P.S. Are you going to NCTE?

Hope I will be able to see both of you at NCTE again this year!!! We may meet up at the many poetry offerings, I bet.

Cheers,
Janet
We should try to share our sessions! Mine is a another mixed one and I don't know the other presenters yet. Must put that on the to do list!! Going to NYSRA this weekend. Showing your books and spreading poetry love!