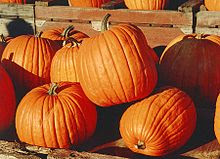 It's October and I hope to get my Halloween decorations out this weekend. I just love the big, round pumpkins and even the jangling skeletons and spooky black cats. But mostly, I have always loved planning the costumes for trick-or-treating and had so much fun helping my kids create whatever they could imagine-- my daughter has been a pioneer girl, a flapper, Jane Austen, Princess Leia, and an elephant (a two-person endeavor with a friend) and my son has been Luke Skywalker, a vampire, a hobo, a Ninja Turtle, and various X-Men. We would work all month to decide on our "character" and make the outfit ourselves. Good times! I don't have many occasions for costumes nowadays (although I do like wearing my crazy colored tights any day!), but I love seeing the children in their costumes when they come to trick or treat at my door.

I know Halloween is a bit more problematic these days, particularly in the schools, with a shift to focusing on "harvest festivals" or autumn celebrations. We're anxious about going door to door with children at night or encouraging candy fests in favor of healthy snacks. And we don't want to scare kids with ghosts and horror. I understand. There are some unsavory elements to Halloween (part of its appeal) and better minds than mine have analyzed the religious, psychological, and sociological implications of this "holiday." But if you're nostalgic about Halloween and enjoy some of its traditions, you may surprised to learn that many poets have explored this topic too. In fact, I think there are more poetry books about Halloween (and autumn) than any other holiday or season, with the exception of Christmas (and winter holidays). Obviously, something about this "dark" holiday has been compelling for a long time!

Enough of my philosophizing and reminiscing. Time to share my list of Halloween-themed poetry taken from my recent book, The Poetry Teacher's Book of Lists. Hope you find it useful-- and please let me know if I've omitted any of your favorites.

And the lovely Laura Purdie Salas is hosting Poetry Friday today. Join her at Writing the World for Kids. See you there!

Wow, what a fabulous list! Will check out your book, too :).

I read that wonderful review and shared it on FB, Sylvia--congratulations! What a great list this is for teachers...I plan to get your book before year's end. Such a fantastic resource.

What a comprehensive list! And congrats on the great review. Halloween was never traditionally "celebrated" in Italy until just the past two or three years, when I've been delighted to see that it's slowly becoming a tradition here, too. That's good news for this costume fanatic! And I'm all for a candy fest once a year - it's part of the beauty of childhood, and I wouldn't take that away. No harm done when things are done in moderation. :)

Thanks for another great list! Your Book of Lists IS a treasure trove--the review was RIGHT!

Congratulations on the great review; I've enjoyed dipping into this book and will for years to come. Love this Halloween round-up. Still one of my favorite holidays - in fact, it's time to unearth some unearthly decorations to go along with the more restrained fall ones. :0)