What's new in novels in verse?

It’s been a boom year for publishing excellent novels in verse. I count nearly 20 of them, many of which I've written about earlier in the year. Here's my list (and please let me know if I've missed any in 2011):
Plus, I’m seeing 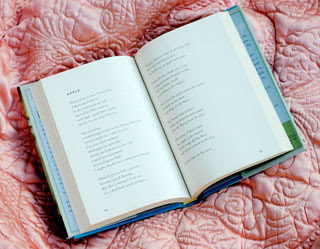 some new names in poetry for young people too which is always exciting. I find the novel in verse form so interesting— the engaging, fast-moving plots, quickly sketched characters, dialogue and inner monologues, and all in spare pages of poems. As a former sixth grade teacher I know the readability and white space of this form is also a plus for students— it seems so non-threatening to young readers.

I was also interested to learn about a new resource on verse novels developed by Stephen James in Australia. It’s the YARR-A website website with an extensive list of verse novels from around the world featuring information, synopses, and reviews when available of verse novels for teenagers and children. Cool, huh? One of my favorite verse novelists is Steven Herrick—who hails from Australia.

For another treat, check out this interview with award-winning author and poet Margarita Engle. The video was created by Colorín Colorado, the bilingual branch of public television's Reading Rainbow.

Finally, another of my (U.S.) favorites, Sonya Sones, has launched a new blog. She started off writing about how it feels when your child goes off to college hoping to help mothers whose kids are leaving for school this fall feel a little less alone… Her latest novel in verse (for adults) is about this very topic and is so honest, hilarious, and engaging: The Hunchback of Neiman Marcus. Her most recent posts have included terrific quotes and personal anecdotes about writing banned books. Check it out: Sonya's blog.

Wow! I had no idea there were so many. I guess I've got some reading to do. Nikki Grimes', Planet Middle School is first on my list.

Not to be missed is Carol Fisher Saller's EDDIE'S WAR. It's one of the best books I've read in 2011. Nikki Grimes herself calls it "true and tender" in a recent post.

What a great year for verse novels!

Thanks for the list. I'm always on the lookout for new verse novels.

This is a great list, thank you so much for this. We are thinking of doing a 'verse-inspired holiday' bimonthly theme for November and December and I shall definitely make full use of this list and your links. :)

Thanks for taking the time to compose the list Sylvia! I'll admit that I sed to think that novels in verse were never really "my thing" but after reading Holly's Orchards and a few others on the list, I am hooked!

Thanks for this list. I have plenty to catch up on. Have just bought The Brimstone Journals by Ron Koertge.

Can I also add my own "Motormouth" published in Australia by Penguin Books?

Thank you all for stopping by and for your kind comments. I've added EDDIE'S WAR and would love to add MOTORMOUTH if it's a 2011 title, Sherryl. But I can't find any info about it. Could you please let me know more about it, Sherryl?