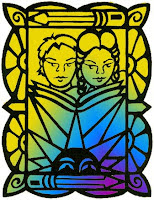 It’s hard to believe that it’s been ten years since the first celebration of El Día de los Niños/El Día de los Libros, (The Day of the Child/ The Day of the Book) on April 30, 1997, sprung from an idea that poet, author and literacy advocate Pat Mora had, and that REFORMA supported. It has since mushroomed into a grassroots effort on a national scale. And this year for the first time, a Día event is planned for the U.S. Senate. Senators will read to children from the nearby Oyster Bilingual School, ALSC President KT Horning and a representative from La Raza will speak, and children in attendance will receive goodie bags filled with books donated from publishers, plus bookmarks, stickers, and magnets.

Pat Mora continues her efforts as a literacy advocate in promoting El Día de los Niños/El Día de los Libros held every April 30th. Many of her own works are written in two languages (English interwoven with Spanish words and phrases), and in bilingual editions. She reflects her own feelings and experiences growing up in the Southwest in her poems in This Big Sky (Scholastic, 1998), creates rhyming ABC and counting books for younger children with ¡Marimba!: Animales from A to Z (Clarion, 2006) and Uno Dos Tres, One, Two, Three (Clarion, 1996), and writes for middle grade kids and teens with Confetti: Poems for Children (Lee & Low, 1996/1999), and My Own True Name: New and Selected Poems for Young Adults (Arte Publico Press, 2000). Mora has also created an anthology of poetry by other Latino/Latina poets in Love to Mama: A Tribute to Mothers (Lee & Low, 2001).

Start planning now for your own Día celebration for next April 30! Look for poetry that celebrates the unique cultures and languages in your own community. And for connecting with communities across the globe, look for these collections of poetry for young people by poets OUTSIDE our U.S. borders:

Every poet is a big child.
And every child is a little poet.
Childhood is the poetry of life.
Poetry is the childhood of the world.
Boris Novak, Poet

Posted by Sylvia Vardell at 8:24 AM

Interesting to find a blog about poetry for children. How's this?

I worked first as an English as a Second Language teacher and then elementary school counselor for a total of 23 years in the public schools. My blog's not mainly about children or poetry but it happens to be a theme lately.

Thanks for stopping by. I enjoyed checking out your blog, too. Interesting interplay of religion, spirituality, and childhood.