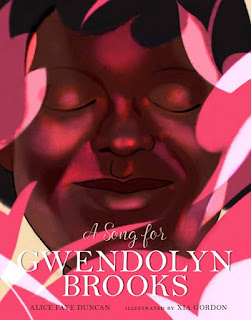 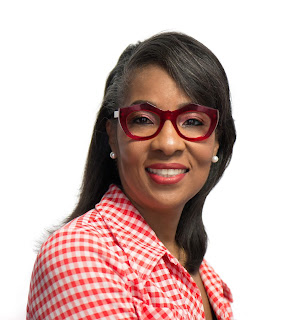 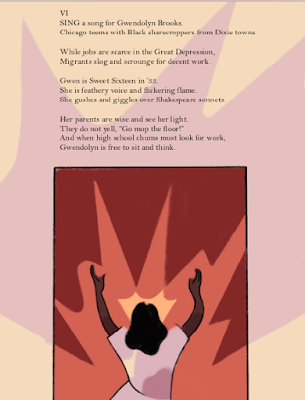 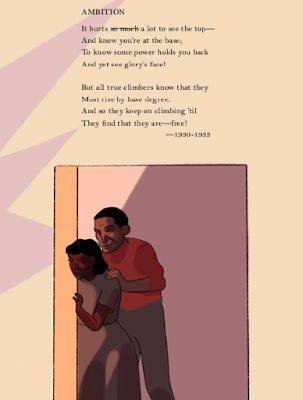 Posted by Sylvia Vardell at 8:34 AM

This book sounds wonderful. I read a Gwendolyn Brooks poem this week with my eighth graders.

Wow, so cool! I can't wait to see this book. Thanks for the interview.

How lovely and inspiring to read Duncan's backstory. Now I can't wait to read her new book!

P.S. Just noticed an error with Mr. Linky, who instead of linking to this post, linked back to your September post featuring 10 newly published poets. I will correct the link so folks can be directed to this post.

What a wonderful celebration of the life-changing power of poetry, as well as the importance of providing opportunities for young people to connect with poets and creators, who can fuel their creative fires.

Thanks Sylvia and Alice Faye Duncan for this in-depth back story to your new book, "A Song For Gwendolyn Brooks," I'm looking forward to it!

There are definitely a lot of particulars like that to take into consideration. That is a great point to convey up. I provide the thoughts above as basic inspiration but clearly there are questions just like the one you deliver up the place crucial factor will probably be working in honest good faith. I don?t know if greatest practices have emerged round things like that, however I am positive that your job is clearly recognized as a good game. Both boys and girls feel the affect of only a second’s pleasure, for the rest of their lives. betfair online casino

Sounds like a wonderful biography--looking forward to reading it.