I'm pleased to post another installment in my ongoing "Poet to Poet" series in which one poet interviews another poet about her/his new book. This time it's Holly Thompson and Margarita Engle who have very generously volunteered to participate. Both of these women write verse novels (and other works) that explore the intersection of the cultural and the personal. 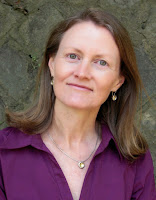 Holly Thompson is a poet and author who originally hails from Massachusetts, but lived in Japan for 20 years and writes about this cross-cultural, inter-cultural experience in sensitive and thoughtful novels in verse like Orchards, The Language Inside, and the forthcoming Falling into the Dragon's Mouth.

Margarita Engle is the award-winning author of many novels and biographical works in verse such as The Poet Slave of Cuba, The Surrender Tree, Tropical Secrets: Holocaust Refugees in Cuba, The Firefly Letters; A Suffragette's Journey to Cuba, Hurricane Dancers; The First Caribbean Pirate Shipwreck, The Wild Book, Mountain Dog, The Lightning Dreamer, and Silver People: Voices from the Panama Canal. Her new book is Enchanted Air: Two Cultures, Two Wings: A Memoir-- perhaps her most personal book yet!

Here, Holly asks Margarita about writing, memoir, childhood and culture in a series of very compelling and thoughtful questions and responses. Enjoy!

Holly: Enchanted Air! This memoir covers your early years to your teens and encompasses some huge political intrusions on your young life as well as influences of artistic parents from different cultures. The book is large in scope yet focused on little moments. How did you balance the specific with the global as you set about writing this memoir? How did you keep from getting bogged down by background information about the major historical and political events and circumstances?

Margarita: Thank you so much for your interest in these details of the writing process, Holly.  I didn’t consciously set out to aim for balance.  This profoundly personal verse memoir was not planned in any structured way, but was simply scribbled from a time-ripened blend of raw emotions and natural instincts. I closed my eyes and remembered the aspects of my childhood that were important to me. Then I wrote about them.  Instead of trying to work facts and figures into the poems, I moved most of the political and historical surrealism of U.S.-Cuba relations to a timeline at the end of the book. The actual events of the Cold War are so hard to believe that I wanted to write them myself, before they are romanticized by writers of the future.

Holly: The Cuba of your childhood is vividly portrayed. Here is an excerpt that I love:

In this centuries-old house,
each floor-to-ceiling window
is truly an opening—no glass,
just twisted wrought iron bars
that let the sea breeze flow in
like a friendly spirit.

In the morning, all those night creatures
vanish, replaced by cousins and neighbors
who peer in through the barred windows
to greet me and chat.

Holly: Throughout the poems, whether located in Cuba, the U.S. or Europe, the natural world is a touchstone, the discovery of flora and fauna in the wild a source of constant comfort for your young self. Family is also a thread in many of the poems. Can you discuss these two elements which are so central and often intricately woven together?

Margarita: I’m the daughter of artists, but ever since I was very little, I’ve been part poet, and part scientist. Tropical nature and the extended family were my two big personal discoveries during those childhood summers in Cuba, the two aspects of life that constantly astonished me. It would be fair to say that I fell in love with both the nature and culture of Cuba “at first sight,” just as my parents fell in love with each other at first sight. Childhood summers in Cuba determined my future. I studied botany, and became an agronomist.  I remembered family, and became a poet. 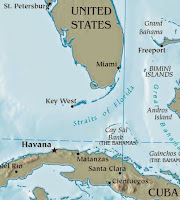 Holly: With a mother from Cuba, your childhood was deeply affected by the cold war and the extreme chill in U.S.-Cuba relations. The loss of your other home in Cuba is palpable in Enchanted Air. How might you speak to your young self about the recent, at last, warming/softening of relations between the two countries?

Margarita: The advanced review copy of Enchanted Air landed on my doorstep just as President Obama was making his December 17, 2014 announcement about a thaw in U.S.-Cuba relations. For me, it felt like a prayer answered. I cried with joy. In the last paragraph of the historical note at the end of the manuscript, I had written:  “My hope is that by the time Enchanted Air goes to press, normal travel and trade might begin to be restored.” Amazingly, that is exactly what happened! I know God must have plenty of other written prayers to read, but in this case it felt like He might have glanced down at my scribbling, smiled, and said, “Oh, yeah, it’s about time those two stubborn countries stopped holding a grudge.” Of course, now I have to revise the historical note, something I’m doing with incredible gratitude. I just returned from a family visit to Cuba.  Diplomatic relations, travel, and trade aren’t completely normal yet. Most aspects have not yet actually changed, but just knowing that the process has started inspires hope. For the first time, during all my many return visits to Cuba since 1991, I was able to relax and go birdwatching, instead of just worrying about how to understand history, and how to help relatives. 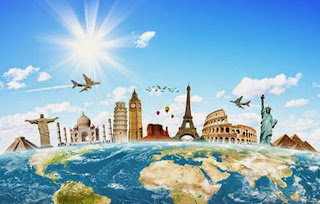 Holly: As a teen, you traveled one summer with your family in Europe and spent a month in Spain. There, you seemed to discover that home can be in more than just two places, the U.S. and Cuba, and you seemed to gain an appreciation for your two languages. Can you speak about the comfort that travel brought you? How did your early experiences traveling between Cuba and the U.S. impact that later discovery of solace in new places?

Margarita: We visited several European countries that summer, but I only felt “at home” in Spain, partly because of the familiar language, and partly because we stayed in one town long enough to get to know people. During subsequent years I started traveling earnestly, first hitchhiking all over the U.S. during my late teens, and then, beginning in my early twenties, traveling all over Latin America on buses, trains, donkeys, and dugout canoes. It took decades for me to realize that wherever I went, a part of me was always searching for Cuba. Returning to the island in 1991 began a long, slow process of becoming whole again.  I am finally myself now, half American and half Cuban, just as I was during childhood.  Traveling helped me heal.

Sylvia: As a fellow traveler, I love that idea: of healing through travel. Thank you, Holly and Margarita for sharing so generously and for all your works that consider the intersection of the cultural, the personal, and the political. I am a big fan of you BOTH! And I think Enchanted Air is an amazing book, a beautiful blend of personal memories and a slice of history, as well as a coming-of-age story. I'm lucky enough to be able to dig deeply into this book to create a reader's guide for Enchanted Air-- more info on that later.

Meanwhile, head on over to Radio, Rhythm, and Rhyme where Matt Forrest is hosting Poetry Friday and has some good news of his own to share.

Posted by Sylvia Vardell at 9:16 AM

Terrific interview. I can't wait to see this book! Thanks to all for taking the time to put it together.

Thanks for this fabulous interview!

I love the windows, water, and birds brought up in thoughtful questions and generous answers. Thank you Holly, Margarita, and Sylvia!

Jeannine Atkins said...
This comment has been removed by the author.
11:45 AM

Coming to this interview very late, but I wanted to let all of you know how much I appreciate it. Thank you Margarita, Holly, and Sylvia.